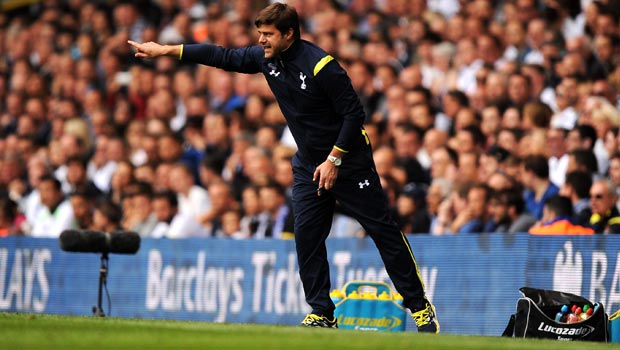 Tottenham Hotspur head coach Mauricio Pochettino has played down his side’s position at the top of the fledgling Premier League table, insisting that after only two games it means nothing.

A 1-0 victory over West Ham was backed up by a thumping 4-0 success over newly-promoted Queens Park Rangers to leave Spurs at the summit and already looking forward to a positive campaign.

However, former Southampton boss Pochettino is not thinking too far ahead, despite already having made a big impression on a number of players who struggled to find their feet last season, including Erik Lamela and Nacer Chadli – who scored twice in the rout of the Hoops.

“It is nothing, it is two games,” Pochettino said. “The most important thing is to try and develop our style and philosophy.

“For me, it is important that the team show they are a team. We play like a team all together and we can achieve something.

“It is important to keep the reality and stay calm, it is only the beginning of the season.”

Spurs’ superb start has seen them cut to 41.00 to win the Premier League title, while Chelsea remain favourites on 2.10 and reigning champions Manchester City are 3.40.

Meanwhile, Pochettino’s caution is understandable with a visit from Liverpool next up in the Premier League, with the Reds having dished out a 5-0 drubbing on Spurs in the same fixture last season.

The clash at Anfield also ended in a heavy defeat for the men from north London, with Liverpool registering a 4-0 victory on home turf.