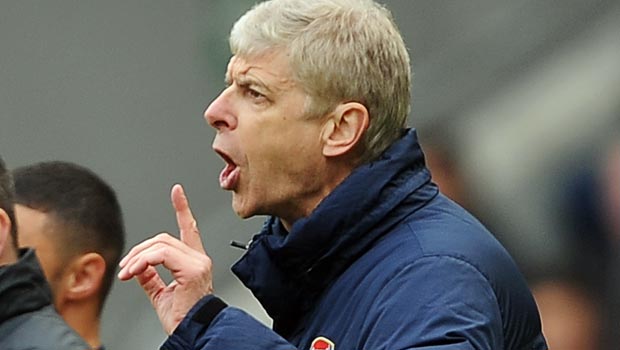 Arsene Wenger says Arsenal want more than just another top four Premier League finish next season as his side closed in on securing a 17th consecutive Champions League berth with a 3-0 home win over Newcastle United.

The victory almost assures the Gunners of fourth spot as they now sit four points clear of Everton in fifth and Arsenal’s better goal difference means that the Toffees probably have to win both of their remaining matches to overtake them in the run-in.

Wenger believes one more win for his side will ensure a top four finish but that it is not enough for a club of Arsenal’s stature to settle for that every season.

“We want more,” he said. “Overall this season I think we have been 17 times top of the league, but at the crucial period of the season we have lost many players.

“We have got to the FA Cup final having played against Liverpool, Everton, Tottenham and in the Champions League we went out against Bayern with 10 men.

“We have shown we have potential, but we want more next season and hopefully we can do it. But first let’s finish this season.”
Wenger believes that injuries to key players was the turning point in the Gunners’ season which saw them relinquish their title challenge between January and March.

Arsenal failed to maintain their title bid after losing the likes of Aaron Ramsey, Jack Wilshere, Mesut Ozil, Laurent Koscileny, Theo Walcott and others to injuries at a crucial point in their campaign.

The losses of Ramsey and Walcott hurt them the most, with both players capable of running behind the last man, something which Ozil would have thrived on.

When asked for his thoughts at having Ramsey and Ozil back, Wenger told www.arsenal.com: “I think they make a difference, but at the same period we had Walcott, Wilshere, Ozil, Ramsey and Koscielny all out. Of course you can sometimes miss one or two, but four or five? Every team feels that.”

Monday’s victory over Newcastle has more or less guaranteed their participation in the Champions League next season, but with the Gunners only seven points behind Premier League leaders Liverpool, Wenger is left wondering what could have been if they had their players fit for the run-in.

Arsenal can confirm fourth with a home win over West Brom on Sunday and Wenger’s men are 1.25 in the 1X2 market to take all three points, with Albion 10.16 to upset the Gunners and the draw priced at 5.83.