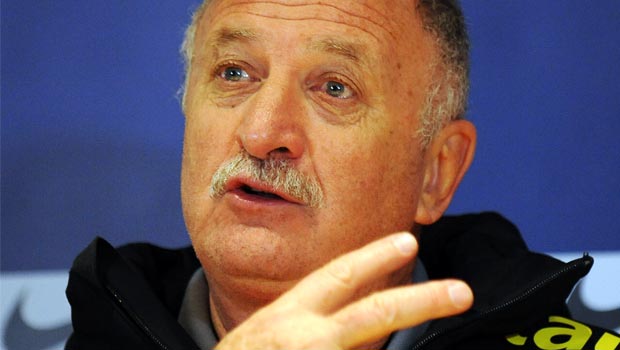 Brazil head coach Luiz Felipe Scolari has revealed that 21 members of his 23-man World Cup squad have already been selected.

The former Portugal coach, who is looking to repeat his World Cup win of 2002 with Brazil, last week reportedly confirmed which players would be his captains at the tournament.

But the 65-year-old still has to decide on two more names top finalise his selection with Manchester City midfielder Fernandinho and Tottenham star Paulinho. both thought to be on the threshold of the squad.

Chelsea quartet David Luiz, Ramires, Willian and Oscar, along with Barcelona’s Neymar, are all reportedly already on Scolari’s list.

However, with Scolari due to name his squad for the tournament on May 7, he is still assessing candidates for the final two spots.

“We have selected 23 players, I still have to determine two players,” Scolari told TV Globo.

“We are scouring, watching. This one is younger, that one has more international experience, that other one will feel the pressure a bit more.”

When asked if anyone is irreplaceable, Scolari replied: “Nobody is, if there isn’t one option, there is another one.”

The hosts start their campaign against Croatia in the tournament’s opening match on June 12 and also face Mexico and Cameroon in Group A.

Scolari’s side have kept a clean sheet in seven of their last nine friendly internationals and can be backed at 1.70 to blank Croatia when the tournament begins in earnest, or 1.84 To Win to Nil.

Scolari is projecting great confidence about the chances of his team going all the way on home soil, saying: “The cup is ours.

“We have all the conditions to be the champions, in both the football aspect and because it’s always good to play at home, it’s like having an extra player.