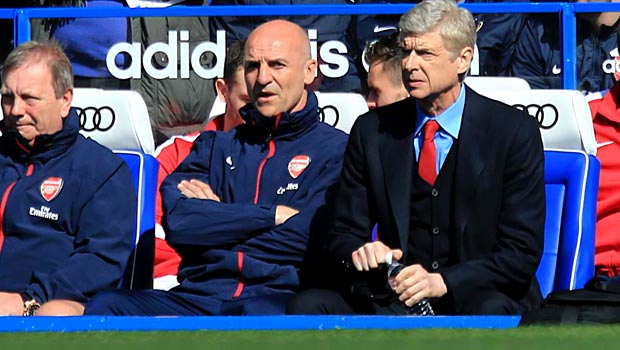 Wenger’s record since taking over the hot seat at the Gunners on the 28th of September 1996 stands at an impressive 572 wins, 235 draws ad 192 defeats. Arsenal are 4.31 to improve that record by one with victory over the Blues – generous odds when you consider the men from North London have won away at Stamford Bridge more than any other side in the Premier League (7).

But Wenger will be up against one of his nemesis’ in his milestone match in Chelsea boss in Jose Mourinho, who he has never beaten as an opposition manager in 10 attempts (5 losses and 5 draws).

For the unassuming Frenchman, Saturday’s game is not about him though; it is all about his side picking up three points to keep the pressure on the league leaders.

“Tomorrow I represent my club, I don’t represent myself and I keep my personal feelings away from that. This club has given me a chance and I’ve turned many things down and shown my loyalty,” he said.

“It’s the game of the season for us because it will be against a direct opponent.”

Reflecting on the achievement, and his future plans, Wenger added: “It’s a privilege and an honour to manage 1000 games at this club. The Club has always supported me…time will tell if I managed to make this club bigger than it was when I arrived but I hope so.

“I’m extremely motivated to stay for as long as possible but I accept that the next 1000 will be difficult.”

Arsenal will go into the match with a largely clean bill of health, Wenger’s only fresh concern is surrounding Czech midfielder Tomas Rosicky who faces a fitness test, although Aaron Ramsey, Jack Wilshere, Theo Walcott and Abou Diaby remain on the long-term injury list.