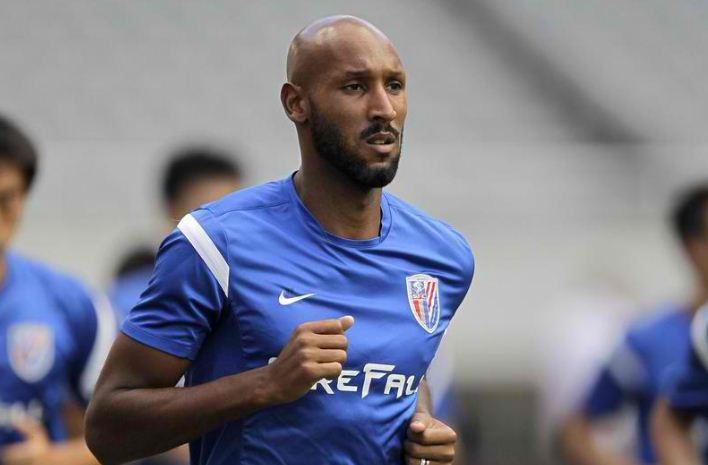 Nicolas Anelka says he is hoping to fire West Brom into Europe next season after joining Baggies on a one-year contract.

The French striker is back in English football after an 18-month absence having opted to move to Chinese club Shanghai Shenhua from Chelsea in January 2012.

However, the 34-year-old failed to settle in the Far East and spent the first part of this year on loan at Juventus.

Having failed to earn himself a permanent move to the Italian champions, Anelka was heavily linked with a move back to the Premier League, with West Ham, Fulham and Crystal Palace all reportedly interested.

Rather than return to London though, Anelka has opted to join West Brom, his 11th different professional club.

The presence of West Brom boss Steve Clarke, who Anelka worked with at Chelsea, appears to have been the deciding factor,  with the striker claiming the Albion coach knows how to use him on the pitch.

Having done well during his previous spells in England with Arsenal, Liverpool, Manchester City, Bolton and Chelsea, Anelka says he is hoping to finish his career with a Premier League club.

Anelka is also keen to end on a high by helping West Brom secure a spot in Europe for the first time since the 1981-82 season.

“I think I will finish in England, I’m happy here,” he said. “I also hope that it will be with this club, I think this is the right club for me. I’m 34 years old now and want to enjoy my football.

“I hope we will be successful this year and hopefully we will reach Europe. When I spoke with the head coach, he said he wants to do better than last year.”

West Brom narrowly missed out on a Europa League spot last season when they finished eighth and Clarke has set the squad the target of securing a European berth this time around.