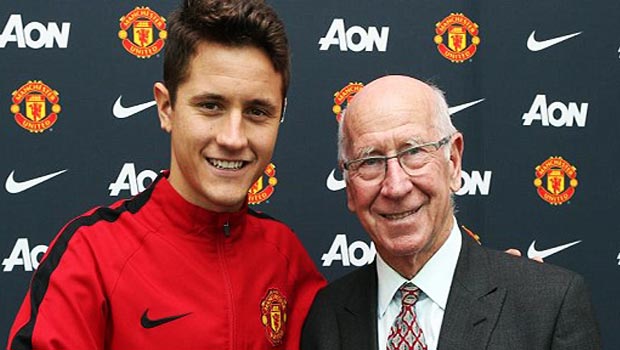 Ander Herrera says he is looking forward to helping Manchester United achieve their goals after completing his move from Athletic Bilbao.

The 24-year-old opted to activate a clause in his Bilbao contract to push through the deal after the Spanish side had rejected United’s £29million offer for the midfielder.

The former Spain Under-21 international has put pen to paper on a four-year deal with United, with the option of a fifth year should all go well.

Herrera has been linked with United since January when reports emerged that the Old Trafford outfit had tried and failed to sign him during the winter transfer window.

Having now got his move to United, Herrera is looking forward to getting to work as the club look to bounce back from finishing seventh in the Premier League last season.

“Signing for Manchester United is a dream come true,” said Herrera. “I have joined United to do all I can to help the team reach the club’s objectives.

“Having arrived on Tuesday, I’m excited to now be living in Manchester and I can’t wait for my first game in United’s famous red shirt.”

Herrera becomes the fourth most expensive signing by United at £29million, with only Rio Ferdinand, Dimitar Berbatov and Juan Mata ahead of him on the club’s list of transfer dealings.

However, he could be quickly pushed down to fifth in United’s history books as the Red Devils are poised to announce the signing of Southampton left-back Luke Shaw for £30million.

The 18-year-old, who recently returned from the World Cup, has reportedly undergone a medical and will be unveiled either at the weekend or early next week.