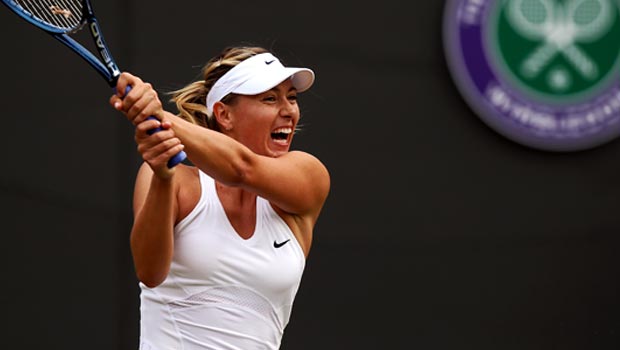 Maria Sharapova says she is eager to get another crack at Serena Williams at Wimbledon this year and claims her record against the world No 1 does not worry her.

The Russian is seeded fifth for this year’s ladies’ singles at the All England Club and as it stands is on course to meet top seed Williams in the last eight.

Both players had no problems reaching the third round on Thursday, Williams thrashing Chanelle Scheepers 6-1 6-1 in 49 minutes, while Sharapova looked in great form in her 6-2 6-1 win over Timea Bacsinszky.

Should their next two matches go to form then the pair will set up a first meeting at SW19 in two years, the duo having last clashed on grass in the final of the Olympic Games.

On that occasion it was Williams who walked away with the win, and not for the first time in her one-sided rivalry with Sharapova.

Since losing at the 2004 Tour Championship, the American has won 15 matches in a row against Sharapova, dropping just three sets in that time.

Despite her struggles against the 32-year-old, Sharapova is full of confidence off the back of her recent French Open success and isn’t afraid to face Williams.

“If we do get to the stage of playing against each other, first of all, I’ll be happy to be in that stage, in the quarter-final stage, facing against her on one of the courts.

“We’ve played each other many times.

“I haven’t had the best results against her.

“I always look forward to that opportunity and the challenge to play against the best, try something a little bit different to try to get a win out there.”