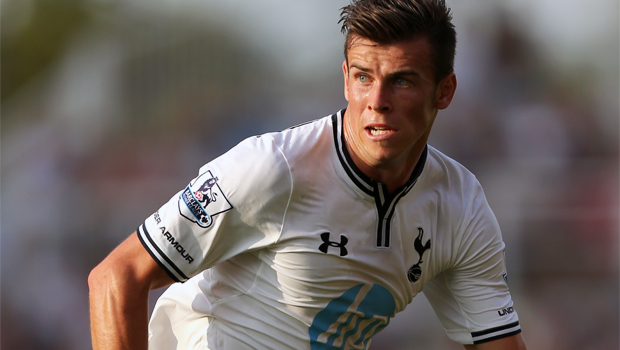 Real Madrid boss Carlo Ancelotti insisted that he is ‘very happy’ with the current crop of players at Bernabeu, despite ongoing interest in Tottenham star Gareth Bale.

Los Blancos have been trying to prise the Wales international away from White Hart Lane all summer with reports claiming that a world record bid in excess of £85m was being lined up to tempt Spurs into doing business.

Bale had told the north London outfit last month that he wanted to speak to Real over a potential move but with no deal yet agreed, a transfer remains in limbo with the transfer deadline fast approaching on September 2.

Money may also be a problem for the Spanish giants, who are looking to raise funds with the potential departures of the likes of Angel di Maria and Sami Khedira, but so far nothing has happened on that front and it remains to be seen whether a deal for Bale can be reached before the transfer window slams shut.

Ancelotti, though, appears not to care about the arrival of Bale and insists that he already has a good enough squad to challenge for honours this season.

The former Paris Saint-Germain boss has also revealed that the top priority for the club this season is the Champions League, rather than the domestic league title.

“Everybody at Madrid is focused on winning the European Cup. It’s the main objective for all Madridistas,” Ancelotti told Corriere dello Sport. “Real Madrid have not made it into the final of the Champions League since 2002 and that’s amazing when you think about it.

“I think it’s been too long for a club of Madrid’s stature.”