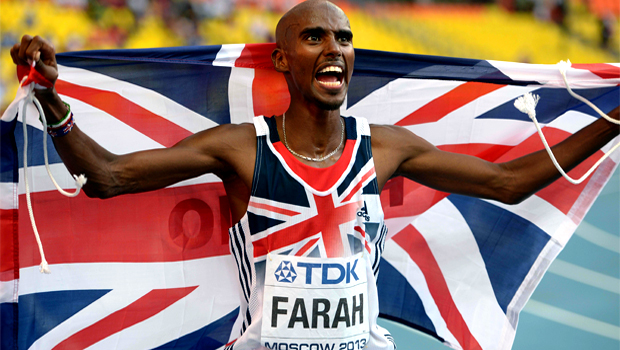 Mo Farah may well have etched his name into British and world athletics history with a phenomenal performance in Moscow but he insists he still has further targets in his sights.

The Great Britain long-distance runner followed up his incredible achievements at the London Olympics in 2012 with a similar feat at the World Championships in Moscow, becoming only the second man in history to complete the ‘double-double’.

Farah insisted that his victory on Friday night in the 5,000m final was the ‘sweetest by far’ in an already illustrious career, with his victory made all the more remarkable as he was only one of two runners in the field to have attempted both long-distance races – the other being his training partner Galen Rupp.

The 30-year-old stayed in control of the race, despite suffering a stitch with around eight laps to go, and managed to outstay Ethiopia’s Hagos Gebrhiwet and Isiah Kiplangat Koech of Kenya to claim his second gold of the championships, retaining the title he won in Daegu in 2011.

Farah has now matched Kenenisa Bekele’s achievement of double gold at the Olympics and World Championships, but has revealed that his ambition is to now break the Ethiopian great’s world records over both distances.

“I’ve just been concentrating on the World Championships and winning medals for my country.

“But now it gives me time to think about it and try to prepare for it.

“That’s very hard in a championship, when you have to cover every move.”

Farah now has five global gold medals to his name and with breaking the world records as a first target, there is the possibility that the British great could step up yet further to compete in the marathon.