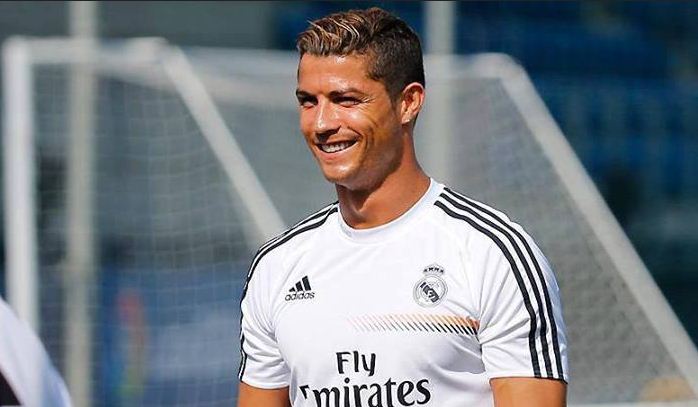 Real Madrid boss Carlo Ancelotti is refusing to panic over Cristiano Ronaldo’s future and expects him to sign a new contract sooner rather than later.

The Portuguese superstar has been linked with a return to Manchester United this summer after claiming he was unhappy with life in the Spanish capital last year.

Paris Saint-Germain have also been linked with a record-breaking move for the 28-year-old, who has two years left to run on his current contract.

Real are keen for Ronaldo to sign a new long-term deal but the forward is biding his time over potentially committing the remainder of his career to Los Blancos.

“Everyone knows that he is a superstar and a great player,” said the Italian coach.

“The most important thing for the club is that a player of his quality shows the utmost professionalism. That is good, especially for the young players who can see a world-class player working with that attitude.

“I am not responsible for the renewal of his contract, but it won’t be a problem.”

The former Paris Saint-Germain and AC Milan boss went on to say that he was keen to keep his squad intact, claiming the likes of Gonzalo Higuain, Kaka and Fabio Coentrao could yet remain at the Bernabeu.

As well as keeping his star men at the club, Ancelotti has been busy improving his options ahead of the start of the new season, with Isco, Asier Illarramendi and Daniel Carvajal having joined for a combined total of ?66.5million.

Further new arrivals are expected before the campaign gets underway, although Ancelotti has again rubbished talk that Tottenham winger Gareth Bale is one of his targets.