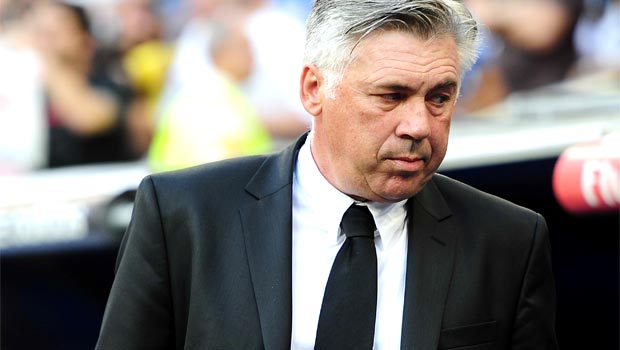 Carlo Ancelotti revealed he has “high hopes for 2014” in race for La Liga after his Real Madrid side battled to a 3-2 win at Valencia on Sunday to stay within five points of leading duo Barcelona and Atletico Madrid.

Los Blancos again had to show their fighting qualities a week after coming back from two-down to grab a point in a 2-2 draw at Osasuna despite being down to ten men in the second half when Sergio Ramos was sent off.

On this occasion Angel Di Maria and Cristiano Ronaldo had put Real Madrid ahead twice only for the managerless hosts to get level through Pablo Piatti and Jeremy Mathieu respectively.

However, substitute Jese grabbed a late winner to earn Ancelotti’s side the points that were essential to keep them in the race for the title after the two sides above them had already secured victories.

The Italian tactician was delighted with the win and he is satisfied with the opening half of his first campaign in charge at the Bernabeu. But he has warned Barca and Atletico Madrid that his side will improve in the New Year and he expects a strong fight for the title.

“I am pleased with this first part of the season and I have high hopes for 2014,” Ancelotti told the club’s official website.

“The team keeps fighting, working hard and has a lot of quality. We have lost some points whilst looking to play the way we wanted. I think 2014 may be very good for Real Madrid.

“Five points aren’t insignificant. (Sunday’s) match was very important and we had a lot of pressure on us. We started this match eight points behind and it is not easy.

“At this point the table is clear. Barcelona and Atletico are doing very well. They have five points more than us and are the favourites right now, but I have high hopes for the second half of the season.”