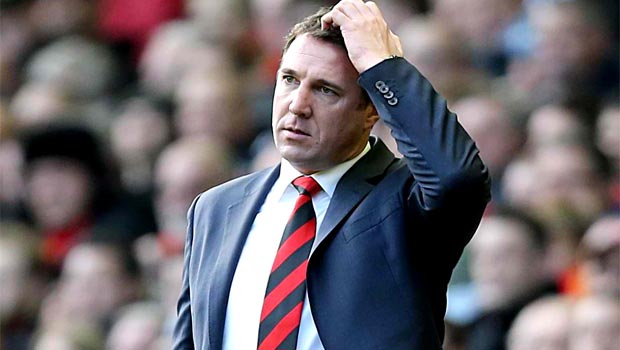 Cardiff chairman Mehmet Dalman confirmed that manager Malky Mackay will remain in charge of club for “the forseeable future” ahead of planned talks to repair relationship between the Scot and owner Vincent Tan.

Mackay seemed certain to be on his way out of the Cardiff City Stadium exit door following Saturday’s 3-1 defeat against Liverpool at Anfield after he received an email from Tan last week to either resign or be sacked.

It is believed the Malaysian businessman slammed Mackay for his overspending in the summer, his style of play and his dissatisfaction with recent results. Tan also publically criticised the manager for claiming he was hoping to sign three new players in the January transfer window.

Mackay, who was overwhelmingly backed by the Cardiff fans who travelled to Anfield at the weekend, responded to Tan’s email request by making it clear that he has no intention of resigning.

And, while it was thought Tan would wield the axe at the start of this week, Dalman waded into the conflict on Sunday afternoon by revealing that Mackay would remain at the helm for the current time and will take charge of the side for their Boxing Day visit of Southampton.

In a statement on the Cardiff website, he said: “As things stand Malky is in charge for the foreseeable future and will be until something else happens. I don’t want to go game by game on this, with people asking if he will be in charge.”

He added: “The crisis for the time being is over. The emphasis as of today is for us to create space and dialogue.”

Despite this update, Dalman stressed that there is still a lot of work to be done to repair the relationship between Mackay and Tan, who initially clashed in October over the dismissal of head of recruitment Iain Moody.

He added: “If we wish to work towards a reconciliation, Vincent Tan has offered us that opportunity to move towards that. If it works, it works. If it doesn’t, it doesn’t. But at least I as a responsible person and chairman of this football club have tried my best.”

In the meantime the players must try and focus on ensuring Mackay is not sacked because of their results on the pitch as one win in seven Premier League games has left them just four points clear of the relegation places.