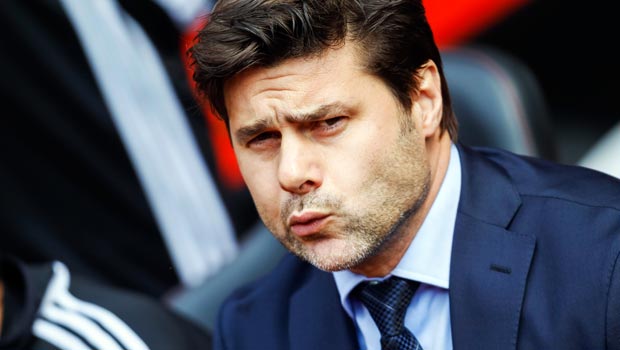 Tottenham Hotspur manager Mauricio Pochettino says it is his target to win the Premier League with his new club after arriving from Southampton over the summer.

The Argentine was handed the job after an impressive spell with Southampton, in which he guided the club to a top-half finish after 18 months in charge.

His initial task will be a top four finish with Spurs after they missed out on Champions League football for a second season in a row, but after signing a five-year deal with the club, Pochettino has his sights on a bigger prize.

“All managers want the best and want to be the best,” Pochettino told The Sun. “I knew from the first day I came here that Spurs are a big club.

“My challenge is to win the Premier League…eventually. This is our goal, to win the title one day.”

Spurs are yet to make a move in the summer transfer market but Swansea defender Ben Davies is believed to be closing in on a move to north London.

Pochettino’s side have also been linked with Roma striker Mattia Destro as the new coach searches for players who can help improve the team’s style of play.

“Our target at the moment is to provide a team capable of creating our philosophy on the pitch. To develop and improve the style of football we want to play,” said the 42-year-old.

“We need to work to get the players ready to start the season playing with our philosophy.

“This is our only target at the moment. Afterwards we will see.”

He added: “Tottenham are expected to play well and win – results are important. And we will target a position later. But for the moment our aim is to get the squad playing the way we want.”

Tottenham are a long shot to win the Premier League this season and can be backed at 73.00.