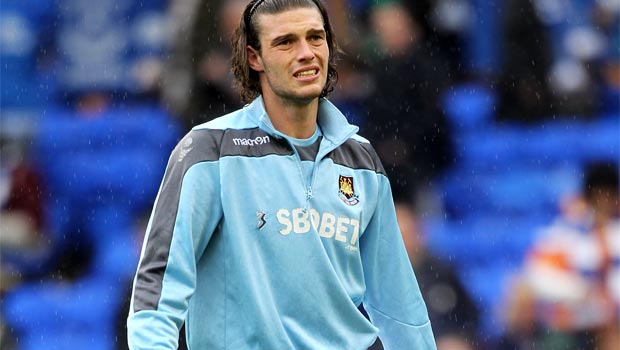 West Ham boss Sam Allardyce has defended club’s decision to sign Andy Carroll and hopes, once fit again, that the striker can help turn around the Hammers’ season.

The East London outfit broke their transfer record to sign Carroll for £15million from Liverpool in the summer after the former Newcastle player’s impressive loan stint at Upton Park.

However, the decision to bring the 24-year-old in on a permanent basis looks as though it could be an expensive mistake, with Carroll having yet to make an appearance for the Hammers this season due to a foot injury.

Earlier in the week, West Ham co-owner David Sullivan admitted the club would not have spent so much money on Carroll had they known how long he would be out for.

Allardyce has now come out in defence of the decision to sign the powerful forward, claiming he can become as important to West Ham as Sergio Aguero is to Manchester City when he is finally fit again.

“He [Sullivan] said, ‘Only at the end of the season will we be able to judge whether Andy Carroll is a good investment’,” the Hammers boss told reporters.

“[Given] the size of that investment I can understand why he’s said that.

“It’s not Carroll’s fault he’s injured, he’s the difference between us winning more games and us not.

“If you look at our win ratio with Andy Carroll compared to without him, it was pretty obvious [in the close season] we should sign him.

“It’s like Manchester City not having Aguero or [Alvaro] Negredo.”

With Carroll finally back in training and set to return before the end of the year, Allardyce is hopeful West Ham’s problems could soon be at an end after dropping more points at home on Saturday following a goalless draw with Sunderland.

The former Bolton and Newcastle boss says he can understand the fans’ frustration but claims injuries and suspensions have left him with few options.

“This game was no bigger than the Fulham game two weeks ago. Both teams needed a win and we played a fantastic game and won comfortably 3-0,” he said after the draw with Sunderland.

“Today we didn’t see that. I’ve picked up a lot more injuries and suspensions since then, so my squad has got thinner.”