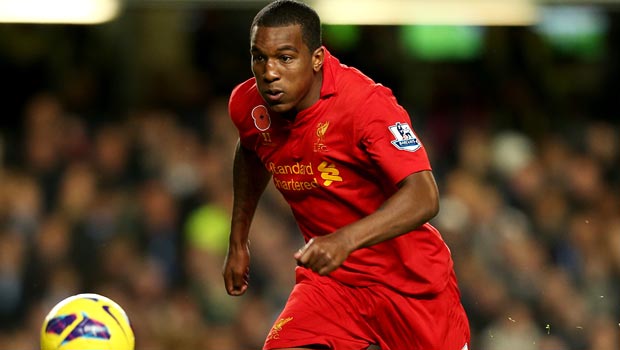 The England U21 international has completed his medical and will now join his new teammates at their pre-season training camp in California.

Widsom spent last season on loan at Derby in the Championship, as he made 34 appearances for Steve McClaren’s side.

The Leeds-born right-back can also play at the heart of defence and his latest loan deal will give him invaluable experience at the top level.

Irvine has already strengthened his defence after signing Joleon Lescott after he left Manchester City earlier this summer.

Liverpool boss Brendan Rodgers believes the loan deal will be beneficial for the youngster and Irvine has admitted he can’t wait to see him in a Baggies shirt.

He said: “I’m delighted to welcome Andre to the club. I’ve spoken to Brendan, who I’ve known for a very long time and who I trust implicitly. He said Andre would do a good job for us. That was reassuring.

“He’s a versatile lad. He’s played as a right-back for Liverpool in the Premier League last season, he also played as a full-back for Derby.

“He grew up as a centre-back and played on the left side of central defence for Liverpool against Preston on Saturday.”

Despite making a number of signings in the off-season, the Midlands club are fancied to struggle next season. They are currently 3.80 to be relegated from the Premier League with Dafabet.