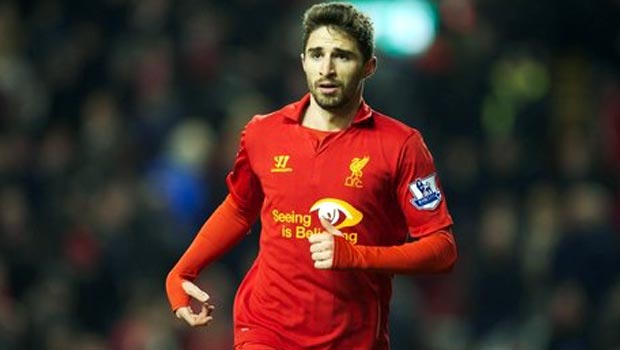 Fabio Borini wants to stay at Liverpool and fight for his place according to his agent Marco De Marchi.

The Italian striker is wanted by Sunderland after a successful loan spell at the Stadium of Light last season.

Gus Poyet’s side have had a £14million bid accepted by the Reds but Borini has travelled with the squad to the USA as part of the club’s pre-season tour.

Borini could find himself behind Daniel Sturridge, Rickie Lambert, Loic Remy and Divock Origi next season should Brendan Rodgers complete his summer spending.

The 23-year-old could be used out wide by Liverpool and the former Swansea striker is determined to prove his worth to Rodgers according to De Marchi.

He told tuttomercatoweb.com: “He wants to remain on Merseyside.

“Sunderland have made a large offer of 18million euros to sign him, but Fabio wants to stay at Liverpool. His project with Liverpool started two years ago when he left Roma; he began a journey and it is a major project for him.

“He should not be judged on his first year. He was out for six months with various injuries and during the past year he took a step back by going to Sunderland and he has had an extraordinary season.

“His future? Now, after the loan, Liverpool have not told me anything. I think he will stay, he is convinced that he will play.

“He has no fear of playing alongside anyone, and for me he can play a part within any top club.”