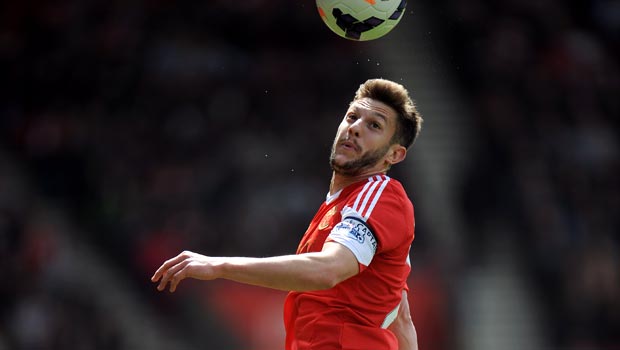 Liverpool have confirmed they have signed England midfielder Adam Lallana from Southampton on a long-term deal.

The 26-year-old is understood to have moved to Merseyside for a fee of around £25million after impressing manager Brendan Rodgers last season at Southampton.

Lallana will join former St Mary’s team-mate, Rickie Lambert, at Anfield, while he becomes Liverpool’s third signing of the summer with Emre Can also joining from Bayer Leverkusen.

During his time on the south coast, Lallana made 250 appearances for the Saints but he is now looking to deliver success for the Reds.

He told the club’s official website: “I’m so excited for the next chapter of my career, coming to a special club like Liverpool. I’m quite humbled and I just can’t wait to get started.

“Hopefully I can settle in quickly, and I will give it my best throughout the whole time I’m here. I hope I can add something to the team and hopefully we can win trophies while I’m here, because that’s why I’m here – for success.”

After getting his man, Rodgers said he believes Lallana can improve further under his stewardship.

“We are delighted to have secured the services of one of the Premier League’s top talents in signing Adam Lallana,” he added.

“What is apparent about Adam is that his character is on a par with his talent.

“He is an exceptional young man and someone who has a love for the game – and, most importantly, a desire to progress and improve.

“Adam is motivated by being the best he can be and being part of something special. We believe he fits right in with what we are trying to do at Liverpool.

“I’m excited about working with Adam and helping him to progress even further.”