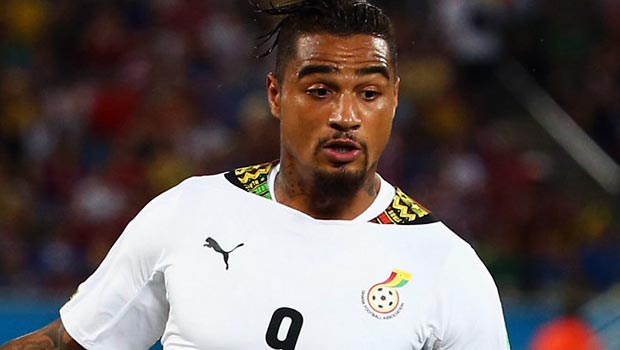 Ghana midfielder Kevin-Prince Boateng has slammed the Ghana Football Association after he described his side’s World Cup preparation as a “nightmare”.

The Schalke star was sent home from the World Cup in Brazil alongside Sulley Muntari after a number of rows inside the Ghana camp.

After their exit from the tournament, Boateng has now slammed the team’s preparations.

He told Bild: “I would have never have thought a World Cup preparation could be organised that badly. Everything was amateurish.

“The nightmare started on the first day of preparations and lasted until the final day.

“The GFA president (Kwesi Nyantakyi) visited me in Milan begging me to play for Ghana again. He gave me his word that we would have better travel, better organisation and preparation. He has not kept his word.
In the end, I was just still dissatisfied.

“We flew to the first training camp from Amsterdam to Miami. However, we travelled in two groups, since there was no space. One group flew through Atlanta, the other New York. We sat for around nine hours at the airport – a total of 19 hours on the road.

“The flight from Miami to Brazil a week later took 12 hours and we sat and concentrated in economy class. The legs ached. It sounds strange for an average citizen, but for a competitive athlete that is a disgrace.

“The Ghana FA president sat in business class with his wife and two children. And then in Brazil, we finally had a charter flight but my luggage was lost. Two days without football boots – it was a disaster.”