The Story of Johan Cruyff 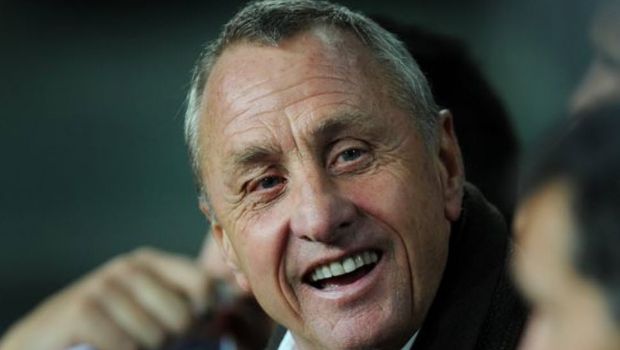 Johan Cruyff loved Ajax so much that his mom made his first soccer uniform, it had a white jersey with a red stripe, reflecting the colors of his team.

His father had a grocery store and he dreamt of seeing his son Johan play for Ajax. The Cruyff family lived in Betondorp, Amsterdam, three blocks from Ajax’s Stadium and Johan Cruyff and his father always talked about Jax.

Cruyff lost his father when he was 12 years old and that obviously marked him. His future was uncertain, he only knew that he wanted to play soccer so he joined Ajax. His mom then started working at the team as well to be closer to him and he trained daily.

Johan Cruyff knew that his thin frame would not allow him to compete with other young players so he worked on his strength like very few have and learned ways to avoid crashing with his opponents. He was brilliant, learning in one day what took others months and years to master.

Cruyff changed soccer. He had it all: intelligence, speed, goal, dribbling, leadership, creativity, personality, he was a perfectionist and he was versatile.