Adrian Lewis happy with form as he prepares for Blackpool 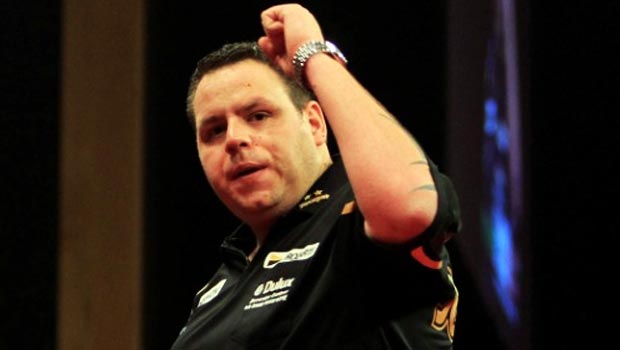 Adrian Lewis admits he is happy with his form and has a “great chance” going into the World Matchplay Darts this week.

Lewis is among the favourites for the World Matchplay Darts, which runs until next Sunday in Blackpool.

The two-time world champion won the UK Open earlier this year but has since failed to put a string of results together.

After a strong start to the Premier League season, he lost his way towards the end, losing four straight matches to finish sixth in the table and missing out on the play-offs. He then reached the World Cup of Darts final but was resoundingly beaten 4-0 by Raymond van Barneveld.

The 29-year-old is now looking for a comeback at the World Matchplay at the Winter Gardens and insists he has been working hard on his game.

Speaking to Sky Sports News, Lewis said: “In the last month I’ve certainly put in a lot of work – four or five hours a day to prepare for the Matchplay.

“I’m consistently knocking in 100 averages at the minute, so I’m happy with that. A few points on that and I’ll have a great chance.”

The Stoke-born player believes the World Matchplay is the second biggest tournament of the year, after the World Championship, due to the quality of darts on offer.

“The World Championship is obviously more important than any other tournament, but I’d say the Matchplay is the second biggest one,” he said.

“It’s a tough field out there this year – and it is every year to be honest – but it just seems that it’s growing year in, year out. If you’re not on your game you’ve only got to have a little blip and you’re out.”

Lewis, who is 9.50 to win the World Matchplay, reached the final in Blackpool last year but was beaten 18-13 by Phil Taylor.

Taylor has won the event six times in a row and can be backed at 4.30 to make it seven.