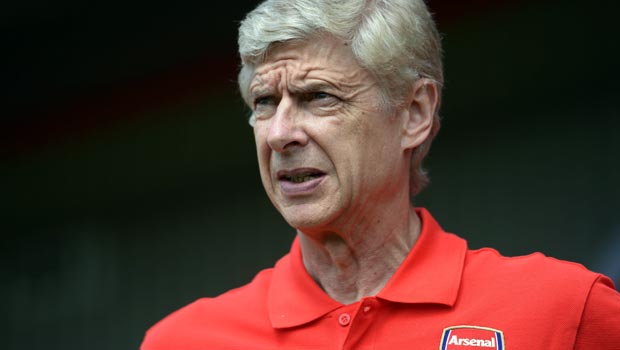 Arsenal manager Arsene Wenger says his summer transfer business is not yet over as he continues to improve his squad for the coming Premier League season.

Arsenal have already made two high-profile signings this summer with the arrival of Alexis Sanchez from Barcelona and Mathieu Debuchy from Newcastle for a combined £44million.

The Gunners are now reportedly searching for a holding midfielder with Real Madrid and Germany World Cup winner Sami Khedira widely linked with a move to the Emirates Stadium.

And while Wenger has not revealed any names, he has confirmed he is still looking at strengthening his squad.

“It’s not over, there’s still a long way to go,” he told Sky Sports News.

“I can’t give you any names because you’re never sure if you can do what you want, but we’re still out there to strengthen our squad.”

Earlier this week Khedira’s agent said his client was not in talks with Arsenal over a move to the Premier League and when pressed on the subject, Wenger was quiet on the subject.

“What is good is that [Arsenal’s German internationals] won the World Cup so their confidence should be stronger. Winning makes you only stronger and more confident and hopefully we’ll benefit from that next season.”

The Gunners will reportedly turn to Southampton star Morgan Schneiderlin if they fail in their bid to take Khedira to north London.

One player who could be on his way out of the Emirates Stadium, however, is former captain Thomas Vermaelen, who is believed to be interesting new Manchester United manager Louis van Gaal.

“I cannot guarantee [Vermaelen] will stay, but should he go I would bring another centre-back in for sure,” said Wenger.