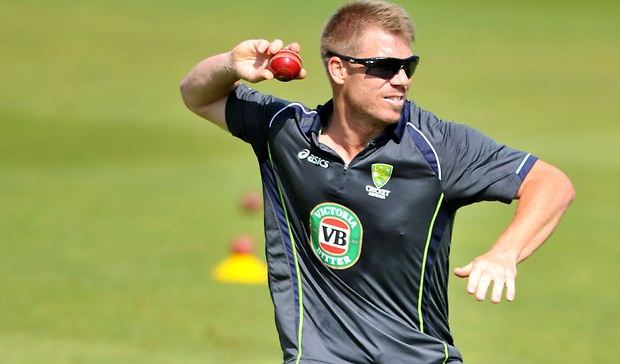 Australia batsman David Warner hopes to play some part in the Ashes series and is keen to put recent controversies surrounding him to bed.

The left-hander was given a brief suspension by Cricket Australia on June 13 until the first Ashes Test following an unprovoked attack on England’s Joe Root in a bar after a Champions Trophy match between the two sides at Edgbaston.

Warner missed the gripping first Test at Trent Bridge, where the tourists were beaten by 14 runs, and will also miss the second at Lord’s as he has been selected for the Australia A squad’s trip to Africa to gain match practice.

The 26-year-old remains hopeful he can regain his place in the Australia side at some stage during the current Ashes series.

Warner also believes coach Darren Lehmann will not treat him any differently to the other players despite his recent indiscretions, which also include a maximum fine from Cricket Australia after posting unsavoury comments on Twitter aimed at two journalists.

“Darren’s just said to go out there and score runs and be myself,” Warner told Australian reporters.

“Just get that X-factor back that I can have for this team so hopefully I can score some runs. Definitely still enjoy myself off the field.

“There’s no bans, there’s no curfews, no nothing. The mistakes, I’ve learned, I’ve become more mature, off the field as well. I know if I stuff up again I’m on the first plane home. No-one needs to tell you that because you already know it.”

Warner indicated that he expects to be involved in the Ashes series in England but doesn’t think he will be selected in his usual role as opening batsman.

He added: “I’ve been spoken to about batting six and that’s the role I’m looking forward to being part of this team.”