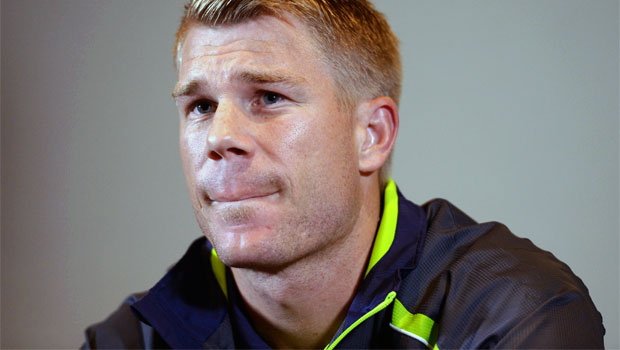 David Warner has fired a timely reminder to the Australian selectors ahead of the Ashes Series Down Under with consecutive one-day centuries for New South Wales.

The 26-year-old has endured a tough 2013 on and off the field which resulted in him being left out of the Australian Twenty20 and one-day sides for the current tour of India.

Warner now appears to have knocked the late nights on the head and is focusing on his cricket, something which appears to be paying off for him.

Warner smashed 16 fours and five sixes to help the Blues to a seven-wicket win over Victoria on Sunday, to add to the 139 he notched against Queensland three days earlier.

“I’ve had a tough trot but I’m just happy to score runs for NSW, I’m enjoying playing cricket,” he said.

When asked if he is keeping an eye on how Australia are performing in India, Warner says he does not stay up late enough to watch them in action.

“I’m in bed mate, 8.30 at night,” he said. “It’s good to see the Australian boys winning but I’m here at the moment to score runs for NSW and I’m doing the job.

“From the get-go, I’ve been feeling good. I’ve been playing very well in the nets but you can’t get them in the nets – you’ve got to come out and perform.

“I just backed myself and played my strokes and it’s good to see the boys, all of us, gelling together and playing so well.”

Warner is back in action on Tuesday when NSW play South Australia in a Ryobi Cup clash and he will be hoping to put even more pressure on the selectors to recall him.