Ashes 2013: Swann expecting spin to take a back seat in first Test 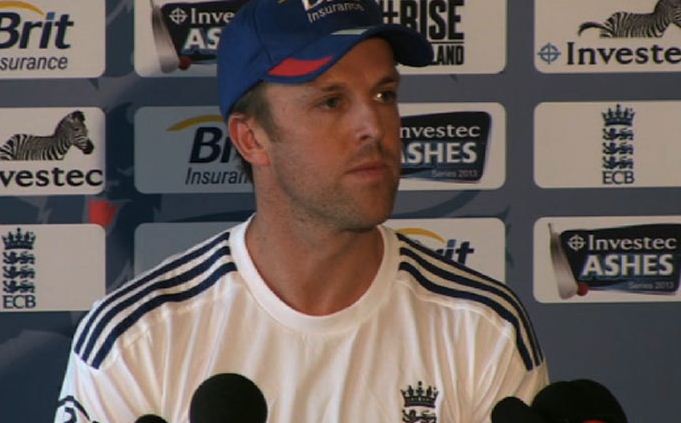 England spinner Graeme Swann believes that swing and seam bowling will be crucial in first Test of the Ashes, which gets underway on Wednesday.

Many are tipping Alastair Cook’s team to come out on top once again when they tackle the Aussies and look for a third successive series win.

Swann knows all about the Ashes after being a part of the squad which picked up back-to-back wins in 2009, as well as in Australia in 2010/11, and he is likely to have some say in the outcome.

The spinner is happy to be able to start the first test after coming through a number of injury scares.

He underwent surgery four months ago on his elbow and was hit on his bowling arm last week in England’s Ashes warm-up match with Essex.

The England selectors have taken precautions this year with Swann but he admits he just wants to get out there even if the first Test may see him take a back seat.

He said: “I know Trent Bridge like the back of my hand, and it could be dry for four months and it wouldn’t be a turning pitch. Having said that, most teams don’t have left-armers.

“So if Mitchell Starc and whoever else they play can kick up a bit of dust, that might make it a bit more enjoyable to bowl spin. It’s not a ground I’ve taken a hatful of wickets on.

“But I’d never taken a wicket at Headingley before playing against New Zealand there last month, so I don’t really think ‘wow, I’ve not done well here before’. I like bowling here though, but I accept there is not much help in the pitch for a spin bowler.”