Cricket: Flower and Cook bid to ride out Ashes disaster 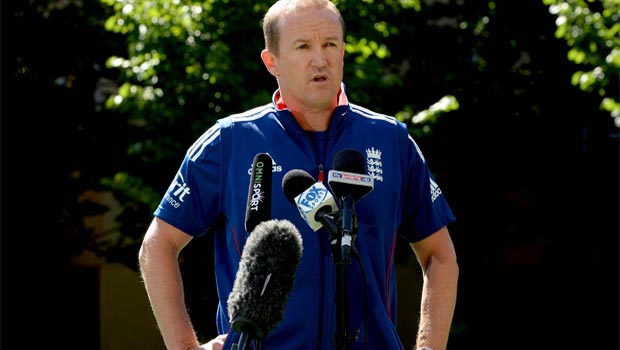 Andy Flower is ready to tell new England and Wales Cricket Board managing director Paul Downton that he wants to stay on as coach and has backed captain Alastair Cook to lead the team out of their Ashes tour slump.

Flower insists he remains “very motivated”, despite England’s unsuccessful Ashes campaign Down Under, with the tourists facing a 5-0 series whitewash if they don’t improve markedly at Sydney on Thursday.

Speaking after England’s eight-wicket fourth Test defeat in Melbourne, Flower revealed he is to meet Downton in Sydney to discuss his own future and that of the team as Hugh Morris’ successor reacts to the Ashes defeat and what changes need to be made.

“I will be meeting with him in Sydney,” said Flower. “And we will talk about the future of the leadership of the national team – with regards the coach’s position.

“But I’m very motivated to contribute to English cricket, and that’s what I’m going to do.”

Flower is adamant that Alastair Cook, who skippered England to a 3-0 home Ashes win in the summer and is still barely more than a year into his tenure, is the right man to continue as captain.

“Alastair Cook has captained six Test series for England, and this is the first series loss he’s had.

“He’s done some outstanding things for England with the bat. But he’s also done some excellent things as a leader, in the dressing room and out on the field.”

England are set to make changes to their side in Sydney with opener Michael Carberry under pressure after hitting only one 50 in eight Test innings Down Under, but Flower declined to specify on any changes to playing personnel for the final Test.

“I would imagine there will be one or two changes for the Sydney Test,” he said.