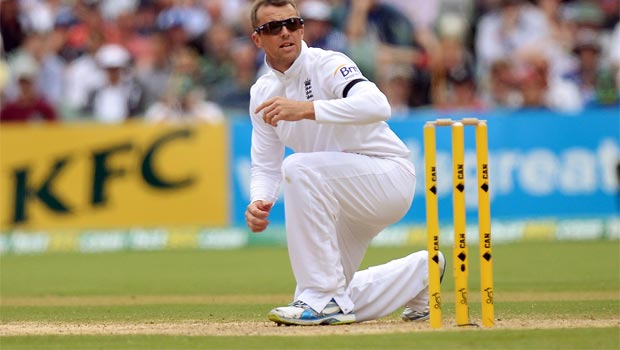 England’s hopes of avoiding an Ashes whitewash have been hit by the news that influential spinner Graeme Swann has announced his retirement from cricket with immediate effect.

England have endured a nightmare time Down Under so far, having lost the opening three Tests to hand the Ashes urn back to the Aussies after three straight series wins.

And as the onus is now firmly on avoiding defeat in the final two matches in Melbourne and Sydney, the news of Swann’s retirement comes as a blow.

The 34-year-old Nottinghamshire bowler, who has not been as effective as he would have wanted to be on the tour, with only seven wickets at a cost of 80, revealed that a persistent shoulder problem had played a part in his decision.

At the press conference to confirm his retirement, he revealed that he was planning to call it a day after the Ashes tour, but opted to bring it forward now a fourth straight series win is out of reach.

Swann, who took 255 wickets in 60 matches, the most ever by an England off-spinner, is now looking for an up-and-coming player to step into his shoes.
He said: “After a great deal of consideration, I have decided to call it a day on my international and first class career.

“This decision has been very difficult, seeing as the England team has been my family for seven years now, but I feel that now is the right time to step down.

“With two games to go in Australia and then a fiercely competitive summer against Sri Lanka and India, I feel that it is a great time for someone else to strap themselves in and hopefully enjoy the ride as much as I have.”

Swann added: “I don’t regret a single day of my career.

“Every high has been celebrated with verve and vigour and every low painfully accepted as a chance to learn and improve.

“My personal highlights include the three Ashes victories, which I will cherish for the rest of my life, and the World T20 victory in the West Indies, which ranks as my limited-overs highlight.”

England coach Andy Flower and captain Alastair Cook must now rally the troops ahead of the Boxing Day Test as Swann’s departure follows on from the loss of batsman Jonathan Trott with a stress-related illness earlier in the tour.