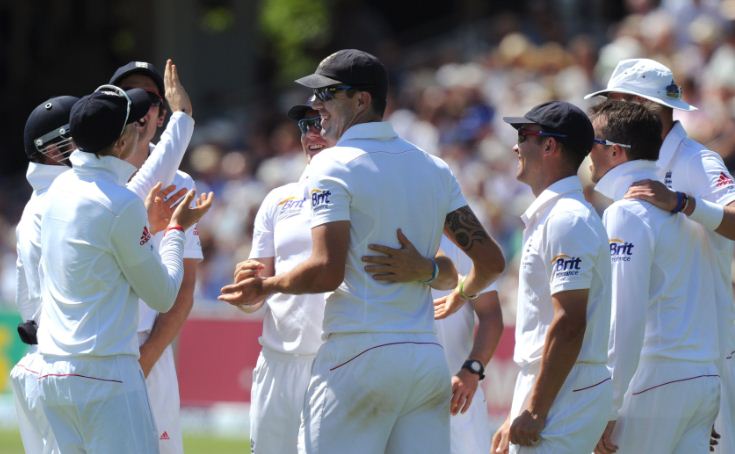 Pietersen struggled with a calf injury during the second Test victory at Lord’s and was unable to take to the field for Australia’s second innings.

He will be given as long as possible to prove his fitness; with Nottinghamshire batsmen Taylor ready to step-up should the 33-year-old not make it.

Taylor impressed after being given permission to play for Sussex in a tour match against Australia this week in order to gain match sharpness, hitting an unbeaten 64 against the Baggy Greens at Hove on Saturday.

The 23-year-old featured in the two Tests against South Africa last summer but struggled to make an impact before losing his place to Joe Root.

With the Old Trafford wicket expected turn the inclusion of Panesar for this first time this summer gives England the option to field a twin spin attack alongside Graeme Swann. The Sussex left-armer has been chosen ahead of Durham paceman Graham Onions.

Tremlett meanwhile has worked hard to earn a return to the England set up after overcoming a series of niggling injuries.

The 31-year-old’s last game for England was more than 18 months ago but he is included at the expense of Steven Finn, who has paid the price for a below par display during the first Test at Trent Bridge earlier this month.

National selector Geoff Miller said: “Kevin Pietersen is continuing his recovery from a calf strain and he will be assessed by the medical team closer to the start of the Test, and we have therefore included an extra batsman in James Taylor who has been in good form for Nottinghamshire this season.

“Chris Tremlett has worked hard to regain fitness and form following a couple of injuries and his performances for Surrey this season have been very encouraging.

“Including an additional spinner in Monty Panesar, who has plenty of international experience, provides Alastair Cook (captain) and Andy Flower (coach) with a number of options.”