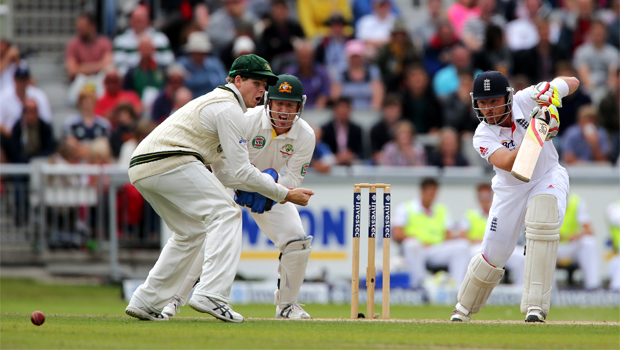 England team director Andy Flower insists his side are focused on winning Ashes series against Australia outright after securing the urn on Monday.

The third Test at Old Trafford was hit by rain on days four and five, which ensured the match ended as a draw and England, as defending champions, retained the urn as Australia can now only draw the five match series.

Flower, however, claims England did not over-celebrate retaining the urn and insists the hosts are now concentrating on winning the series outright, with England currently 2-0 up in the five match series thanks to wins at Trent Bridge and Lord’s in the two opening Tests.

“There are no extravagant celebrations. We want to win the series,” he said.

“We are only three matches into a five-match series and are two-nil up, so we want to win at Durham.”

The fourth Test begins in Durham on Friday and England will be looking to improve on their display at Old Trafford.

Australia declared their second innings on 172-7, leaving England with a target of 332 for victory on day five.

The hosts were reduced to 37-3 but rain in the afternoon on Monday resulted in just three balls being possible after lunch before the Test was ended early with a draw being agreed at 16.40 BST.

Captain Alastair Cook admits England need to improve at Durham, but was delighted to retain the Ashes after just three Tests.

“The first objective was to retain the Ashes – now we want to go on and win them. We need to up our levels a little bit at Durham,” he said.