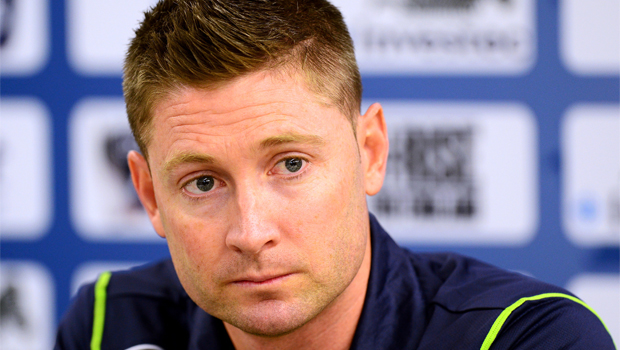 Australia captain Michael Clarke has again insisted his side can still win the Ashes ahead of the crucial third Test at Old Trafford, which begins on Thursday.

The Aussies have so far been largely outclassed by England in the first two Tests and trail 2-0 going into the Manchester showdown knowing nothing other than a victory will do if they want to go back down under with the urn.

Not many people are giving them a chance of overturning the deficit but Clarke, speaking at the pre-Test press conference, echoed his post-Lord’s comments of a few weeks ago that he feels his side can still win the five-match series overall.

“I honestly believe we can win still win the series,” he said. “I know a lot of people will laugh at that but I wouldn’t be here if I didn’t think we could. Without a doubt our backs are against the wall but I think we can shake up this series.

Clarke was also asked about the possibility of batsman David Warner being recalled for Old Trafford after he was left out of the side after he punched England’s Joe Root in a Birmingham bar at the start of the summer.

Clarke says he doesn’t know if Warner will be involved but the feeling is, with a significant batting improvement needed, that he will get the nod to return.

Clarke added: “The team has not been given to me at this stage and the selectors want to look at the wicket and then they will let me know.

But it’s not about one individual – all 11 players have to perform well.”