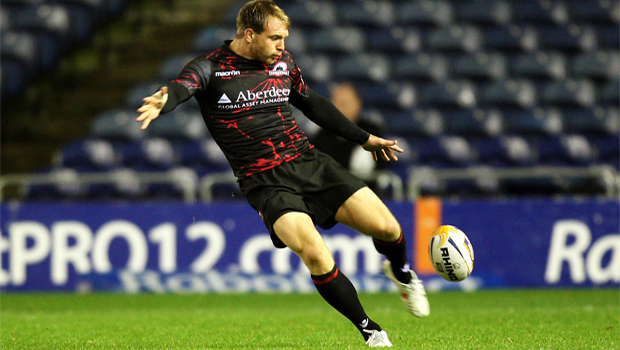 Scotland international Greig Tonks has penned a contract extension with Edinburgh that should keep him at the club until 2015.

The 24-year-old, who has been at the club for 12 months, has been rewarded for some impressive displays last season by being handed new terms.

The full-back started all but two of Edinburgh’s games last season and won his first senior cap for Scotland on their summer tour of South Africa earlier this year.

Tonks is delighted with the development and is happy with the way his career is progressing in the capital.

He said: “I came to Edinburgh Rugby intent on playing as much as possible and hoping to pursue an international career with Scotland so, on a personal level, my time here has gone really well.

“I was happy to achieve my goals in a pretty whirlwind year, so it was an obvious decision for me to try and stay as long as possible, even before the club opened the talks to extend my contract.

“Naturally I’m keen to get more game time for Scotland after getting my first cap but it’s really important to me to have a good season with Edinburgh Rugby.”

Managing director David Davies believes Tonks can continue to improve and he hopes the former Northampton Saints man can continue to be a mainstay in the Edinburgh side in the future.

He added: “We have been very impressed with Greig. He had a very good debut season at the club and we were delighted to watch him get his first Scotland cap in the summer.

“He’s a genuine talent and individual, and the kind of bright young player that we want to develop at this club.”