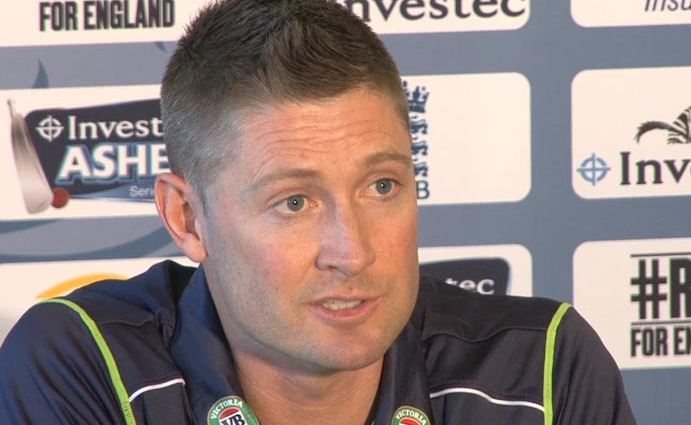 Australia captain Michael Clarke says time for talking is over and his players are now focused on proving the doubters wrong during Ashes.

Australia have been in England since May as they competed in the Champions Trophy but even back then everyone was talking about the Ashes series.

Clarke is relieved that the first Test is finally here and is hoping that his side can now do their talking on the pitch following an unsettled time in England, which resulted in coach Mickey Arthur being sacked.

Australia have been written off in many quarters, with England the hot favourites to win the series, but Clarke says they are well prepared and are now ready to show it.

“I’ve said for a while now that we come here as underdogs – there’s no doubt about that – but that hasn’t affected our preparation and it won’t affect our performance either,” he said.

“I’ve heard it my whole career, especially since taking over the captaincy. And when I first came into the Australia team I heard it the other way, so I’ve probably seen both sides of the spectrum. All you can do as a player is prepare as well as you can and go out there and give your best. The results will take care of themselves.

“We’re looking forward to a tough series; we know it’s going to be tough but I know our boys are up to the challenge.”

Meanwhile, England skipper Alastair Cook is also looking forward to the start of play and insists he is ready for the challenge ahead.

“I think I’m ready,” he said. “I have played quite a lot of cricket now, so I feel pretty experienced – and as a captain as well, I think I have grown into it.

“I have got a huge amount of learning still to do, because I think the only time you really do learn is out there in those situations.”