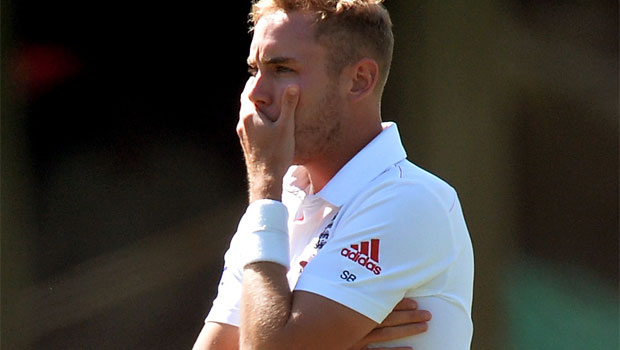 England bowler Stuart Broad insists the squad are ignoring the pre-Ashes mind games from the Aussies.

In the run up to the first Test on November 21, former Australia spinner Shane Warne has been grabbing the headlines, alongside other key member of the current squad.

Australia Cricket chief executive James Sutherland included Mitchell Johnson in his squad, and the pair, including skipper Michael Clarke, have all spiced things up in recent days.

Fast bowler Johnson, has told England’s players that he will make life as uncomfortable as possible, while Clarke has claimed that Alastair Cook has told him his team for the first Test.

Despite the constant mind-games from the winter Ashes hosts, Broad claims the tourists are just focusing on their performances on the pitch.

He told Sky Sports: “Everyone is talking about the Ashes now, especially in Australia. I think the Aussies are excited about their chances but for an England side, the 17 guys in the squad, it is not important what people from Australia and Cricket Australia say.

“It is irrelevant to our preparations and irrelevant how we operate.
We are here to play cricket, to play tough cricket, and to make sure that we get ourselves ready for that because you do your talking on the field – and that is something England do.”

Broad was part of the England side that took on an Australian Invitational XI, and he took three wickets as the hosts reached 271-5 on day one. Steven Finn finished with 2-79 and fellow bowlers Boyd Rankin and Graeme Swann got some vital practice in with the ball in hand.