Posted by Vincent Henderson on November 12, 2013 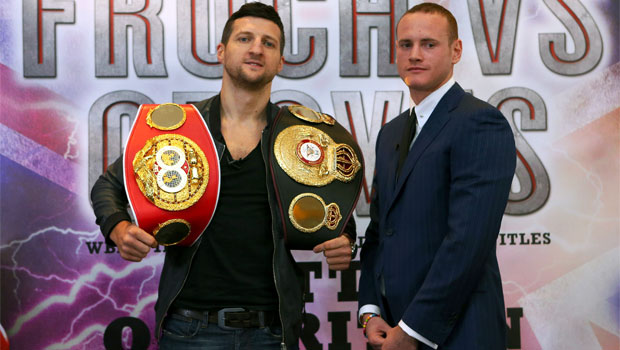 Carl Froch has revealed that he plans to keep boxing ‘as long as I can’ when quizzed about a possible retirement date ahead of his world title clash against George Groves on November 23.

The 36-year-old three-time world champion will defend his WBA and IBF super-middleweight titles against unbeaten fellow Briton, Groves, in Manchester aiming to continue his impressive record in the sport.

Froch did admit that retirement was a possibility if he had lost out to Lucian Bute last year, but an impressive fifth-round stoppage was followed by his well-deserved points victory over Mikkel Kessler in their rematch in May.

As a result he claims there is ‘no time frame’ on how long he will continue boxing for in the future.

He told Sky Sports News: “As long as I can still do the work and still put myself through the mill in terms of training and all the physical preparation you need to do, and physical attributes you need to have.

“If they are maintained, the older I get, and I can still do what I need to do to defend my titles, I will still keep doing it.”

Froch has acknowledged that Groves’ punching power and the fact he is unbeaten makes him a dangerous opponent who needs to be taken seriously. However the Nottingham fighter is confident he can carry through his plan to win the fight by a knockout.

On what to expect he added: “A very good, entertaining fight that is going to end with George Groves getting absolutely flattened. He’s been talking a good’un, saying all the wrong things. Wrong in terms of getting me motivated, which is good for me and bad for him.

“I thoroughly expect to hit him very hard on the chin and knock him unconscious. That’s my game plan. I know I have the capabilities and the punching power, and the fact he’s got a glass jaw doesn’t help him at all.”