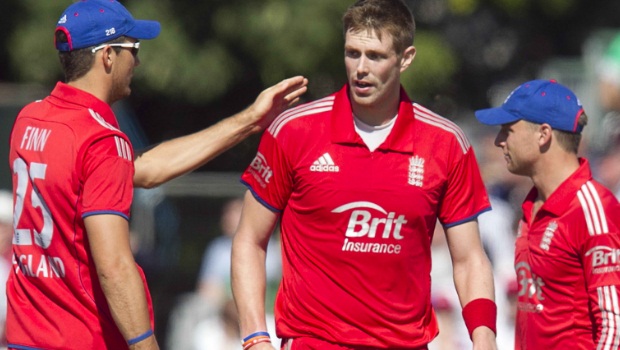 England fast bowler Boyd Rankin is keeping his fingers crossed that his performances in recent ODI matches with Australia and his size will earn him a call-up for the next Ashes series.

The Warkwickshire paceman has been pushing hard for a place in the England team since he decided to quit the Ireland set-up in order to achieve his dream of featuring in Test matches.

Rankin was finally given his chance in the one-day series with the Baggy Greens and was one of a few players to come out of the contests with any credit, taking five wickets in three matches.

The 29-year-old’s pace and accuracy caused the Australian top order numerous problems and he certainly gave the selectors plenty to think about ahead of this winter’s Ashes series down under.

England have plenty of strength in depth in the pace-bowling department, with James Anderson, Stuart Broad, Tim Bresnan, Steven Finn and Chris Tremlett all in contention to make the Ashes squad.

However, Rankin hopes he made a big enough impression on the selectors to get the nod and show what he can do in Australia, where the hard, bouncy pitches should suit the 6ft 8in bowler.

“I was happy with the way it went in the ODIs,” Rankin said. “It is a step up to another level with more pressure but I think it helped me having played in front of big crowds in tournaments for Ireland,” Rankin told the Birmingham Mail.

“It would be fantastic to make the Ashes party but there is a long line of bowlers in contention so I will just have to wait and see. I would love to be involved but, if I don’t make it, at least I know that I did all I could during the one-day series.”

The England selectors will announce on Sunday who has made the cut for the next Ashes series, which starts in Brisbane on November 21.