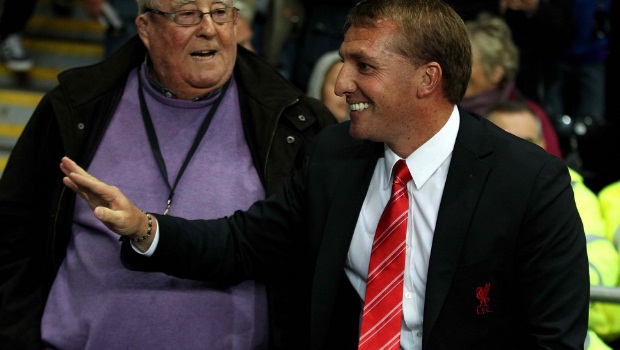 Liverpool boss Brendan Rodgers says he isn’t thinking about a Premier League title challenge this season, despite setting the pace in early stages.

The Reds won their first three matches and looked on course for a fourth victory at Swansea City on Monday before Michu secured the Welsh team a share of the spoils.

Despite failing to pick up maximum points at the Liberty Stadium Liverpool are still top of the league, one point ahead of north London duo Arsenal and Tottenham.

The Merseysiders’ fast start has got plenty of fans discussing whether the Reds can end their 23-year wait for a league title this season.

Rodgers has been quick to play down talk of a title challenge and says with 34 games to go, it is far too early to be making assumptions about where his team might end up.

“I haven’t even considered a title challenge. The only focus is the next game,” said the Northern Irish coach.

“We’ll assess it after 10 games, see where we sit then, and then again at the halfway point when we’ll probably have a more realistic idea of where we can be.

“At this moment, we’ve played four – won three and drawn one – and we’re in a good moment.

“There’s a lot more to come. We’ve made a good start. People will talk that it is early stages, as will I, but these are hurdles you have to get over.”

Rodgers’ main focus is on Saturday’s home game with Southampton as he looks to get back to winning ways against an inconsistent Saints team who have won just once this season.

The Reds are expected to welcome back Daniel Agger to the squad after he missed the draw with Swansea but Phillippe Coutinho is out after undergoing a shoulder operation.