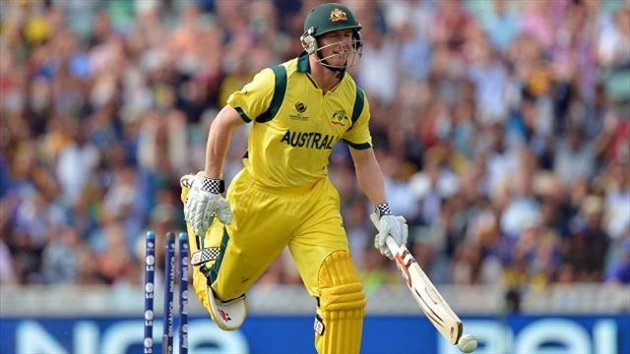 Australia stand-in captain George Bailey admits team are low on confidence as they switch their attention to Ashes from Champions Trophy exit.

Australia stand-in captain George Bailey admits his side are low on confidence as they switch their attention to the Ashes following their exit from the Champions Trophy.

The Baggy Greens crashed out of the competition on Monday, finishing bottom of Group B after they lost by 20 runs to Sri Lanka at The Oval.

That result followed a 48-run defeat to England in their tournament opener before a wash-out tie against New Zealand.

Failure to put up any kind of fight in the tournament as defending champions was only the tip of the iceberg after further controversies have been catching the headlines.

David Warner is currently serving a ban which will keep him out of action until the start of the Ashes on July 10 at Trent Bridge after admitting to being the instigator in an altercation with England batsman Joe Root.

The loss of regular skipper Michael Clarke to a persistent back injury ahead of the Champions Trophy has also added to the problems inside the Australia squad.

Bailey believes they need to pull together to turn their fortunes around, hoping a switch in format as well as a number of fresh faces being brought into the side could help to raise spirits ahead of the series.

“There is probably not a great deal of confidence there,” Bailey said.

“But it’s just a very different mindset, I think, going from a one-day tournament to a Test tournament. I don’t think it’s mattered where sides have been ranked going forward or in the past.

“The Ashes just tends to bring out something special in both sides. Whatever can be written and said leading up into those games, but until that first Test and the result of that first Test, I think that will dictate how the summer plays out. I think there is a huge importance in the results of the first couple of Tests.”