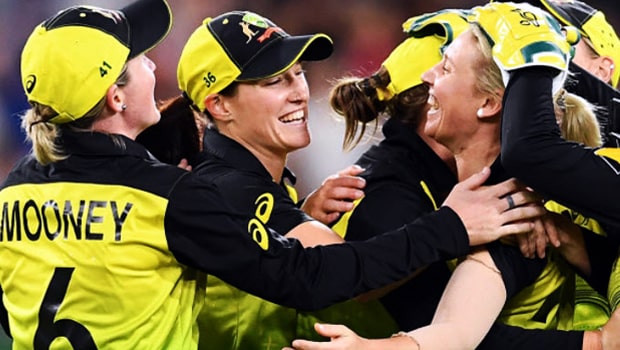 They led their opponents with 85 runs as they finished with 184-5 as against India’s 99. Beth Mooney, who won player of the tournament, and Alyssa Healy, who was awarded player of the match,  both batted half-centuries and were critical to their countries success.

The match, which took place in front of one of the largest ever turnout for a female cricket game with over 86,000 people in attendance. Such an attendance on International Women’s Day is highly encouraging. The home girls played the best they could and took advantage of India’s mistake, especially when teenager Shafali Verma had to be dropped after dropping Healy. Verma’s absence made the other side a bit unstable as they did not play as well as they ought to.

On the Australian side, there was good teamwork between Healy and Mooney. Megan Schutt was also present in helping her team clinch victory as she made 4-18. She also made a half-century, her ninth in an international game. The Indians tried to pick up at a point, and Deepti Sharma stopped Meg Lanning and Ash Gardner.

Winning the cup for the fifth time was not easy for Australia. Coming into the game as defending champions was not enough to prepare them for the initial problems they faced. Their problem began when they lost their first game of the tournament to India. Facing Sri Lanka did not prove better luck for them.

But they had kept on pushing, led by their able skipper Lanning, and still managed to find wins, where they thought, was impossible. Facing New Zealand was an ordeal, and they defeated them by just 4 runs to progress to the semifinals. Facing South Africa at the round of 4 was another task, but they emerged victorious to land at the final where they had their best lead of the tournament.