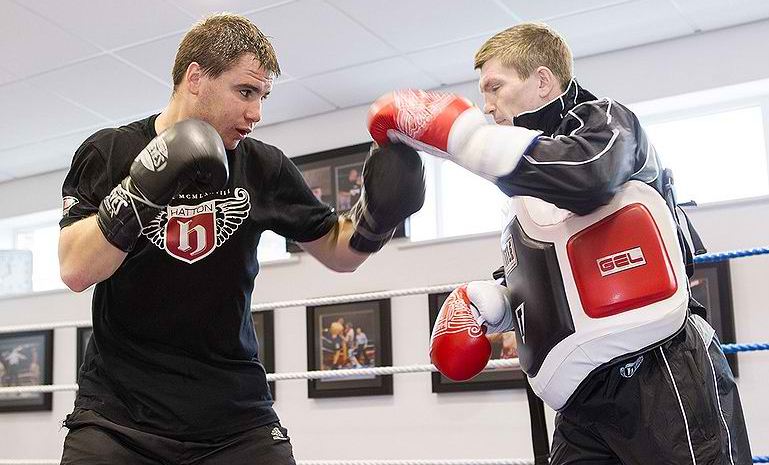 Sergey Rabchenko, reigning European and WBC Silver light-middleweight champion will take on Gari Abajian in his hometown of Minsk.

The bout, at the Moulin Rouge Club, is seen as a warm up ahead of Rabchenko’s forthcoming title defence against Ruben Varon of Spain.

The Belarusian is rearing to go and show his hometown fans how much he has progressed over the past 18 months, having trained with former world champion Ricky Hatton in Manchester.

Training with Hatton is seen as a coup by Rabchenko who said: “No one believed that I would be on this show and that Ricky Hatton would come to Minsk, and now they can see the posters!

“I would like to express my gratitude to Ricky and Philippe Fondu. They made it a dream come true that I can box in front of my home fans.

“I want to show all the crowd what I have learned from Ricky. It is a warm-up fight, so I’ll try something new, which will be useful in future fights.”

Rabchenko was originally due to defend his titles against Emanuele Della Rosa this summer, but the Italian withdrew, which has resulted in the meeting with Varon in Madrid on October 4.

“It was disappointing as I was ready for that defence, but anything can happen in boxing, especially at this level,” he said.

“After the fight in Minsk, I’ll have a very short rest, then go back to training to get ready for Ruben Varon in October.”

Victory over Varon in Madrid should then put Rabchenko in line for a crack at Saul Alvarez’s WBC title next year.