Boxing: Amir Khan ready for anything

Posted by Vincent Henderson on September 8, 2018 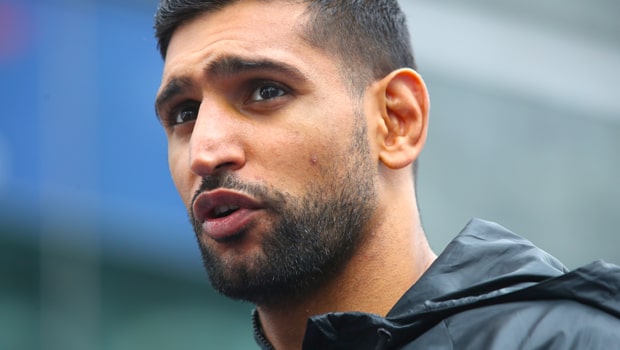 Amir Khan is confident he will be able to deal with anything that Samuel Vargas throws at him when they meet in Birmingham this weekend.

Khan is on the comeback trail after spending nearly two years out of the ring before he returned to demolish Canada’s Phil Lo Greco in 39 seconds back in April.

Although that was an impressive victory, he faced a journeyman opponent in Liverpool who had little chance of competing with the former world champion and things will be a lot tougher this time around.

Vargas, who was born in Bogota but is billed as Canadian-Colombian, has a 29-3 career record with 14 knockouts, and has promised to make Khan see stars in the West Midlands on Saturday night.

The 2004 Olympic silver medallist is unconcerned by the threat and feels his opponent’s tactics may led to a better spectacle for the crowd.

“I hope he does come looking for the knockout as it’ll make for an exciting fight. Whatever he brings to the table we will have answers for,” Khan told reporters.

“I’m glad they are talking and confident as they are making the fight more interesting.”

Khan, 1.05 to win, is eyeing a route back to the top of the sport, with Vargas (12.00) seen as another stepping stone to that aim, and the Bolton-born fighter will take victory whatever way it comes.

“I’ve been in with fighters who are better than my opponent, no disrespect,” he added.

“I’ve never gone into a fight looking to knock out an opponent or throw big bombs but if an opening comes I will take it.”