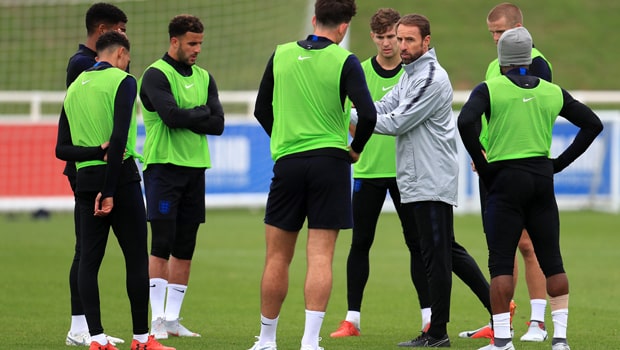 Philipp Lahm believes England can emulate his former Germany team to enjoy a period of success in the biggest tournaments.

Lahm captained Germany to 2014 World Cup success in Brazil and then called time on his international career with 113 caps to his name.

Having made his debut for Die Mannschaft in 2004, the former Bayern Munich full-back reached two World Cup semi-finals before finally getting his hands on the biggest prize in the sport, while the Germans were runners-up in Euro 2008 and reached the last-four in 2012 and 2016.

England have been underachievers since making the semi-finals of the 1990 World Cup, with successive managers never really being able to get the best out of players despite their prowess at club level.

Gareth Southgate managed to guide a young squad to the last four in Russia where they fell to Croatia, and Lahm has been impressed.

“Even before the World Cup, I was really interested in how England would do. I believed they had a good chance because they had a young and talented team,” he told reporters.

“My question was whether they could really sustain form over the course of a tournament and bring their individual abilities to the fore when you face really difficult opponents.”

England face Spain in the Nations League on Saturday and are 2.80 to emerge victorious, with La Roja on offer at 2.63, and Lahm sees similarities between the present Three Lions and the way Germany developed over a decade.

“Just looking at our team from 2006 to 2014 period, it helped writing history together, going through so many semi-finals,” he added.

“It was something extremely educational, everybody knew how a team-mate would react in difficult times or under pressure. This knowledge helped us compete at the highest level.”