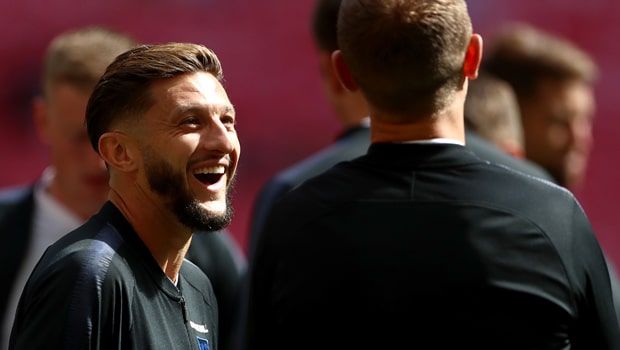 Liverpool midfielder Adam Lallana will return to fitness later this month following his withdrawal from the England squad.

The Reds playmaker was in the Three Lions’ squad for Saturday’s game against Spain in the UEFA Nations League but he picked up a minor groin strain while training with the national team on Tuesday.

The 30-year-old missed the summer’s World Cup following a season disrupted by injury but he isn’t expecting to be sidelined for long on this occasion.

Jurgen Klopp’s team face Paris St-Germain in a mouthwatering opening Champions League group game later his month and Lallana anticipates he’ll be back in the fold for that. He was happy with his early work.

“I’m pleased I’ll be back available for Liverpool, both domestically and in the Champions League during September, and then England again for the next break,” Lallana told the club’s official website.

“It’s a minor setback, which isn’t ideal, as I’ve been in great shape until now but it’s positive news that it’s only a brief lay-off.”

Given his issues last term, Lallana wants to make a statement over the course of this season to ensure he remains in Klopp’s plans. For now, he’ll content himself with cheering on England on Saturday.

“I know I can make a significant contribution over the course of a long season and that’s where my focus will remain, with so much to play for,” he added.

“I’m back at Melwood making sure my time off the pitch is as short as possible, so I’ll be supporting Gareth and the boys from up here.”

England are 2.75 to beat Spain on Saturday. The visitors are marginal favourites at 2.63 while the draw is priced at 3.10.