Stephen Curry, not LeBron James, could be this generation NBA’s icon: Stephen A. Smith 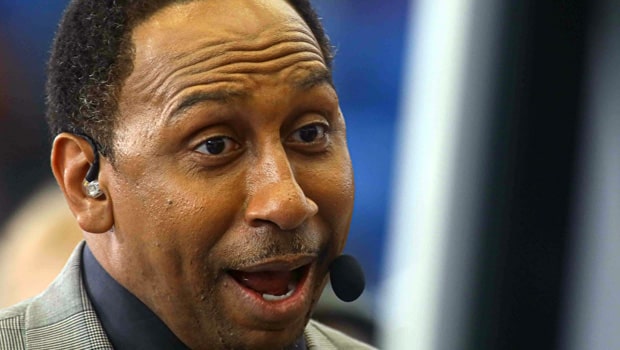 NBA analyst Stephen A. Smith believes Stephen Curry might have had more impact on this generation of NBA as compared to LeBron James. King James has won four NBA championships while Stephen Curry has won only two. However, Smith feels Curry could end his career with more NBA rings than LeBron James if he carries the same form.

Smith added that Curry is regarded as one of the best shooters of all time and he can be compared with Michael Jordan for the kind of impact he has had on the game. Curry is also two three-pointers away from supplanting Ray Allen’s from the record of most triples in the regular season, which is 2973 threes.

Smith said on ESPN, “Know what I’m thinking about? I’m thinking about Steph and LeBron James,” Stephen A. said. “For years, we’ve compared LeBron to Michael Jordan. Can LeBron equal or surpass Jordan’s impact on the game? His rings. How will LeBron’s legacy compare to Michael Jordan’s? But maybe the question we should start asking is this: Has Steph Curry overtaken LeBron James as the basketball icon of this generation?

“Because look at it this way, as great as LeBron James is, and the man is a legend, don’t get it wrong. He’s on basketball’s Mount Rushmore for crying out loud. But if Steph Curry and the Warriors win the title this season, Steph will have as many rings as LeBron James. He’ll also be in a position to win more rings than LeBron James on a Warriors team that is simply better than the Lakers. And in a better position to compete for championships long-term. And if Steph has more rings and the all-time 3-point record?

“If he has changed the way basketball is played at every level with the rise of the long-range 3-point shooting, and he most definitely has, then maybe it’s not LeBron’s legacy we should be comparing to the GOAT, Michael Jordan. Maybe instead we should be discussing Steph Curry vs. Michael Jordan. Just something to think about.”

There is no doubt that Michael Jordan, LeBron James, and Stephen Curry are three of the best players of the game and they have played a huge role in revolutionizing Basketball. Jordan ended his career with six NBA championships and it will be interesting to note how many James and Curry add to their ledger.