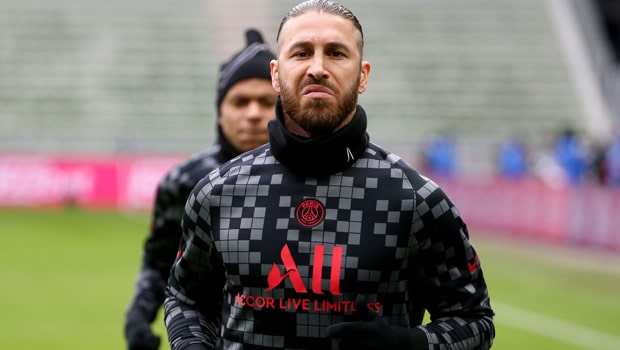 Paris Saint-Germain defender Sergio Ramos has stated that he is looking forward to the UEFA Champions League game between his current club and his previous employers Real Madrid.

Both teams were drawn together in the UEFA Champions League draws made on Monday afternoon in Russia.

Paris Saint-Germain were able to move into the UEFA Champions League next round from a group that had Manchester City, RB Leipzig, and Club Brugge. The French club finished second Manchester City in the group.

The 36-year-old spoke glowly about Real Madrid but disclosed that his allegiance lies with the French Ligue 1 champions.

“You know the affection and love I have for Real Madrid, Now it’s my turn to defend PSG and I’ll do everything possible to do it. It’s the team that bet on me. I’m going to die for PSG.” Ramos said.

The Spaniard disclosed that he would have loved to avoid the clash of the two sides, but the potential of returning to the Santiago Bernabeu brings joy as it is another chance to get a real farewell.

In the summer, Ramos joined PSG from the Bernabeau side on a free transfer, but he has only featured once for the Paris side this season. He has endured a torrid start to his life in the French Ligue 1 due to several muscular injuries.

The PSG side were initially drawn against Manchester United in the first draw before the draws were remade after technical issues.

Meanwhile, Barcelona will face Italian side Napoli in the UEFA Europa League playoffs after they failed to qualify from their group that had Bayern, Benfica, and Dynamo Kyiv.