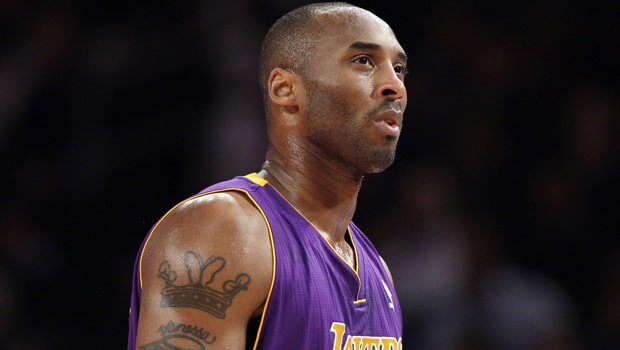 Kobe Bryant is one of the greatest NBA players of all-time and possibly the greatest Laker ever.  His two jersey numbers are in the rafters at the STAPLES Center prove this. Kobe took over games in ways that not many players could. His mentality on and off the court is one of the main reasons why he is one of the very best to ever do it.

Anyone who studied the body, who worked with athletes, basketball players especially, if you look at Kobe Bryant’s training regimen, for the course of his prime, for the offseason, the day to day, Kobe Bryant was legitimately overtraining and he was going to a level that was borderline unhealthy and abnormal.

Getting up at 4:00 AM is not recommended, it’s very hard to recover from and you could get injured if you don’t take the right steps. Getting up at 4:00 AM on maybe four, five hours of sleep, six hours of sleep, straight to the track, sprints, agility work, conditioning work, taxing your entire lower body, then going to the court, putting up jumpers, repping up the fundamentals and the basics of the game, nothing too gimmicky, nothing too flashy, just traditional work, right hook, left hook, post game, foot work, polishing all that, pulling up shots from all over the floor, multiple counters.

From there, he would go to the weight room and there he would lift for an hour, hour and a half and it would be heavy lifting, nothing light, no band work, just traditional barbell compound lifts, heavy lower body day, heavy upper body day, it was a full five-hour work day and then he would recover. There were moments when he would come back at night and put up more shots. Kobe was obsessed with his craft, this would not be recommended today, they wouldn’t let anyone do it and most guys wouldn’t want to do it, it was too much. No one went to that place as a grinder

“Apart from his mindset, Bryant’s fear of not being good enough and losing gave him an upper hand against his competitors. Kobe never failed to show that he would do anything to win.”

Kobe could run all day long. He knew that if someone wants to be a great basketball player, they have to be in great shape. In Kobe Bryant’s book, The Mamba Mentality: How I Play, he discussed how everyone talks about his fancy workouts and training sessions and then he explained that he worked relentlessly to make sure that his legs and lungs were always at peak performance.

“My cardio workouts centered around recovery—that is, the time it takes to recover in between sprints. The reason I placed an acute focus on that element is because basketball dictates short bursts where you run as fast as you can, then have a moment to recover, then burst again. I wanted to make sure that I would always be ready for the next burst of action.”

Bryant concluded saying that he did a lot of time work on the track. There, he would incrementally decrease the amount of time between each set. Kobe did that until his recovery time would be almost nil after a full offseason.