Steph Curry determined not to slow down 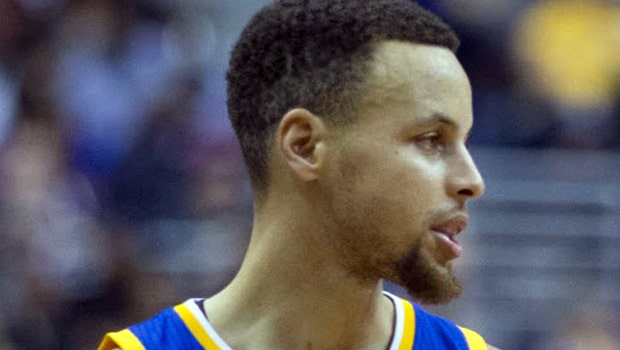 NBA superstar Steph Curry has no desire to see his career trajectory halting any time soon.

A three-time NBA champion and twice named the league’s Most Valuable Player, Curry was also the first player to sign a contract worth more than $200m.

The Golden State Warriors point guard is viewed by many as the best shooter in NBA history and, now 30-years-old, Curry does not have any desire to slow down.

After back-to-back championship wins with the Warriors, his next focus is on the hat-trick.

“I’m hopefully going to stay there for a very long time,” he told BBC Sport.

“I feel there’s more in the tank. I have a huge opportunity to win another championship and stay at the top for as long as I can.

“I know how short a career is. You only get so many years to play this game at the level that I do. I keep that same passion and I don’t mind putting the work in.”

Curry feels that his sport can grow in the future, suggesting it should have the appeal to sit alongside more typically British and European sports like football.

“Culturally speaking, basketball is a trend-setting sport in terms of how universal it is. It brings a lot of people together,” he added.

“I know football does that as well, but it’s a sport that can open up different skill sets. It could be huge.”

Golden State are 1.53 to make it three straight NBA Championship wins, with the Boston Celtic’s 7.00 to relieve them of their crown.