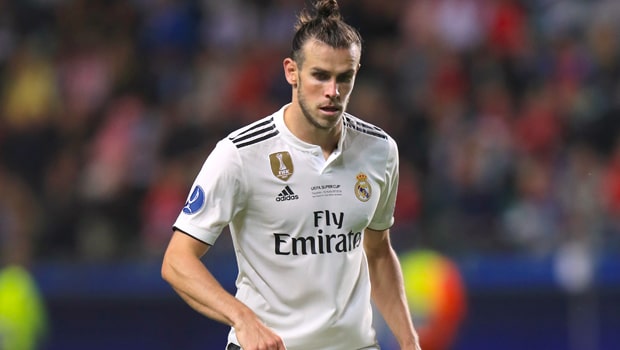 Gareth Bale felt he deserved to start last season’s Champions League final against Liverpool in Kiev and was angry that Zinedine Zidane overlooked him for the game.

Now under the tutelage of Julien Lopetegui, the European champions begin their quest for four successive titles when they host Roma at the Bernabeu on Wednesday evening.

In the build-up to the game, Bale has been reflecting on last season’s decider, where he came off the bench to become Real Madrid’s match-winner with a brace of goals.

Within three minutes of his introduction, he had converted an acrobatic bicycle kick from Marcelo’s floated cross to put Madrid ahead while his long-range shot then fooled Loris Karius to make it 3-1 to Real.

Despite having shown positive form in the run up to Kiev, Bale was overlooked by Zidane – a decision that he admits left him very frustrated.

“Angry. Quite angry, to be honest,” Bale told the Daily Mail. “Obviously, I felt I deserved to start the game. I’d been scoring goals. So yeah, I suppose it was hard to put the anger aside.”

Taking on the spectacular is not something he fears and Bale said there was no second thought about tryinig the overhead kick from Marcelo’s cross. He also knew immediately that he had pinged it.

“If you have time to think about it, it doesn’t come off. It’s when you have to make those reaction decisions that you normally tend to get the best results.