DeMar DeRozan is Cut From the Same Cloth as Kobe Bryant 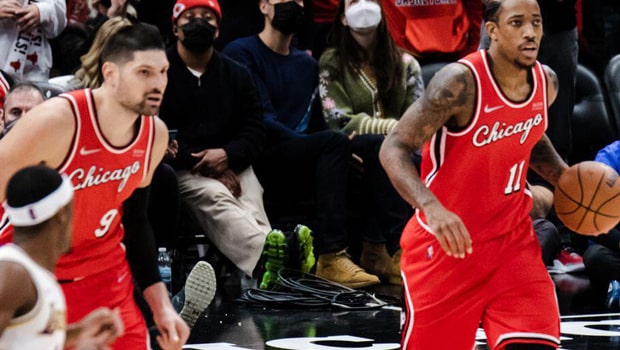 DeMar DeRozan is cut from the same cloth as his childhood hero Kobe Bryant.

The same obsession Kobe had with Michael Jordan by asking his mentor different ways he could improve, DeMar had a similar relationship with Kobe Bryant since he was in high school.

Not only does DeMar’s playing style reflect his obsession with Kobe, but he’s been able to adapt the Mamba Mentality Kobe always talked about. Despite winning eight games in a row and not losing a game since November 27, he was 7-for-13 from the free-throw line in the 102-98 home win against the Magic on January 3 and stayed back to shoot over 250 more free-throws after the game while the United Center workers were breaking down the court to switch over to hockey. These are MVP habits.

DeRozan recently became the first player in NBA history to hit a game-winning buzzer-beater in back-to-back days!  And they happened in two different years and both were 3-pointers. DeMar DeRozan is having his best season ever and a lot of it has to do with the game tightening up now.

“If you want to be the best, you have to beat the best,” DeRozan said after the Bulls beat the Nets 111-107 on the road on December 4. “We’re just going to keep coming,” DeRozan added. “We’re learning not to get down on ourselves if we’re missing shots. We’re learning a very critical part of the game is to stay level-headed and to stay balanced. There’s a lot of time in the game for things to turn over. Stay the course. That’s what we do.”