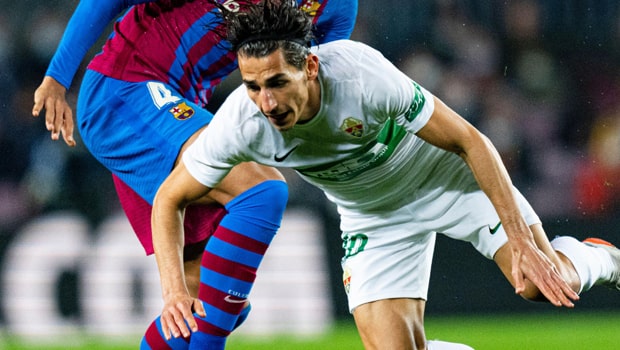 Pere Milla opened the scoring for the away side in the sixth minute before doubling it 8th minutes later. Raul de Tomas pulled one back for the host Espanyol from the penalty spot deep into first-half stoppage time.

Neither side could get more goals as Elche made it five wins in their last 8 games, with two losses and a draw in all competitions. The loss is the second loss for the hosts Espanyol in their last six games.

Meanwhile, the win keeps Elche two points away from the relegation waters, with 19 points from 20 matches played so far. Similarly, Espanyol remains in the 11th position with 26 points from 20 games executed.

Meanwhile, Elche will face in-form Villarreal, who has won six of their last 8 matches with a loss and a draw. The loss came in a 2-1 reverse to Gijon while their last match against Atletico Madrid ended in a 2-2 draw at the Wanda metropolitan.

Espanyol will face Cadiz in their next La Liga, the side that has won just two of their last 7 games played in all competitions.

In the round, 20 matches in the La Liga, Real Madrid were 4-1 winners against Valencia while Barcelona drew 1-1 with Granada. Elsewhere, it was a dramatic 2-2 between Villarreal and Atletico Madrid, Sevilla pipped Getafe 1-0, Rayo Vallecano and Real Betis played 1-1 draw while Cadiz lost Osasuna 2-0.

Meanwhile, on the transfer market, REAL Madrid seemed to be losing the battle to have Kylian Mbappe join the team in the summer after reports came out of PSG that the forward could sign a new deal.