Michael Jordan is Not a Fan of Social Media 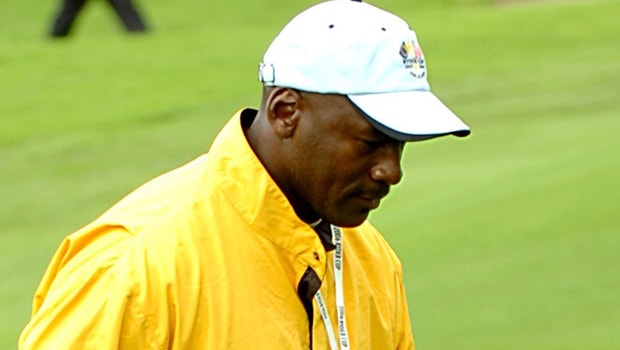 We haven’t seen Michael Jordan create a personal social media account yet. MJ hasn’t been very active online and it seems like that will never change. According to his daughter Jasmine, Jordan can’t stand social media. She also explained that she can’t imagine his father having a Twitter or an Instagram account.

Jasmine Jordan also shared that his father loves music and that he’s very passionate about it. She revealed that Jordan can listen to any type of song, from any time period.

“When you get him in his natural element of just being that fun and rambunctious dad, it’s with music,” Jasmine revealed. “He loves music.”

“He has no limit on the boundaries and categories of music that he listens to,” she added. “That’s really when you get to see that fun side of him.”

MJ has always been unique, not just as an active player but also as a retired one. While former and current NBA players and athletes from other sports, stars and celebrities have a strong presence on social media, Michael Jordan only has the Jordan Brand’s social media account. And it exists only because of the brand. Besides, it’s almost certain that MJ has someone run it for him.

Jordan will never share pictures of his life or react to a current sports or world events within minutes. That’s not how he is and that’s part of what makes him so special.

Now you know that if you want to connect with Michael Jordan somehow, you have to go listen to your favorite songs. He truly loves music, almost as much as he loves winning.

Jordan did share his thoughts on George Floyd’s death and the killings of black people at the hands police officers.

“I am deeply saddened, truly pained and plain angry. I see and feel everyone’s pain, outrage and frustration,” MJ said in a statement, which was posted on the Jordan brand’s social media accounts. “I stand with those who are calling out the ingrained racism and violence toward people of color in our country. We have had enough.”