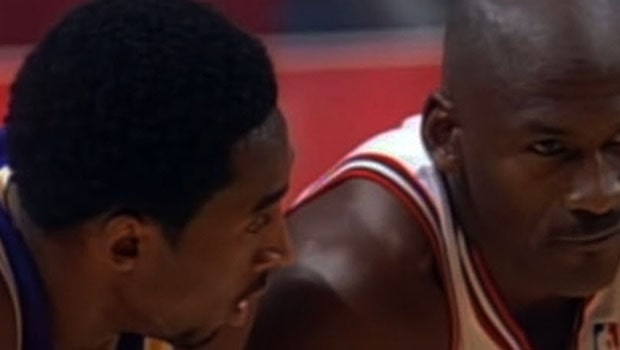 Per Los Angeles Times reporter J.A. Adande, “One thing that sticks with me is he (Kobe) talked about how Michael told him at that ‘98 All-Star Game, he said ‘don’t forget to stay aggressive.’”

“And Kobe said, initially he was like, ‘What do you mean stay aggressive? Of course I’m gonna stay aggressive.’ Kobe was almost insulted that Michael felt the need to tell him that,” Adande explained.  Kobe eventually understood what MJ meant by telling him to “stay aggressive.”

“And then as the second half of the season went on, and you know, it’s your third game in five days in three cities and all of that stuff that comes with the NBA and you’re just dragging yourself to the arena. And Kobe realized this is what he’s talking about,” Adande added. “That you have to find a way even in these situations to stay aggressive. He was like ‘now I get it.’”